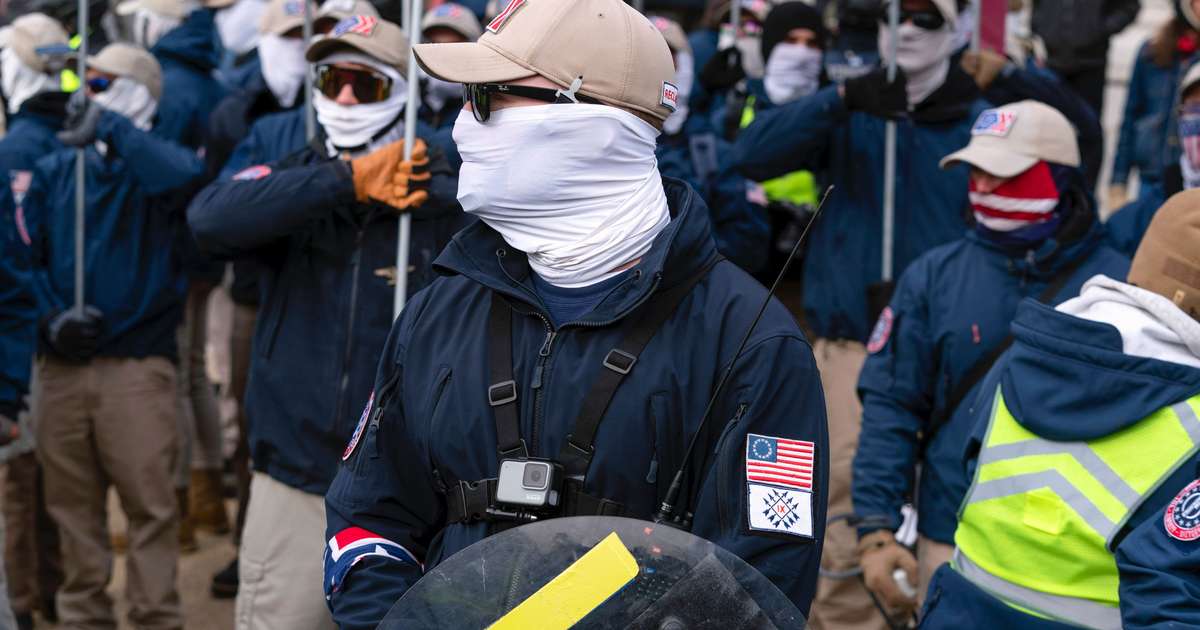 Coeur d’Alene, Idaho police say that a U-Haul truck carrying 31 members of the radical Patriot Front group was stopped in the downtown area a couple of blocks from the North Idaho Pride Alliance, which was holding the Coeur d’Alene Pride in the Park event.

The Patriot Front members were charged with conspiracy to riot after authorities found riot gear, one smoke grenade, shin guards, and shields inside the van. They wore identical clothing — khakis, navy blue shirts, beige hats, and a white cloth covering their faces.

Only one of those arrested was from Idaho. The rest were from 11 states, including Washington, Oregon, Texas, Utah, Colorado, South Dakota, Illinois, Wyoming, Virginia, and Arkansas.

Police learned about the U-Haul from a tipster, who reported that “it looked like a little army was loading up into the vehicle” in the parking lot of a hotel, White said. Officials spotted the truck soon after and pulled it over, he said.

Videos of the arrest posted on social media show the men kneeling on the grass with their hands zip-tied behind their backs.

“Reclaim America” was written on the back of one shirt.

That’s a safe guess. They weren’t there to do battle with Black Lives Matter or Antifa thugs. These were peaceful people who weren’t protesting anything. There were many families in the park and elsewhere downtown, showing support for their personal beliefs and loved ones who may have been gay or transgender.

Patriot Front is described by the Southern Poverty Law Center as “a white nationalist hate group” that formed after the deadly “Unite the Right” rally in Charlottesville, Virginia in 2017.

“Patriot Front focuses on theatrical rhetoric and activism that can be easily distributed as propaganda for its chapters across the country,” the Southern Poverty Law Center said of the group.

The group’s manifesto calls for the formation of a white ethnostate in the United States, the Southern Poverty Law Center said.


The Patriot Front website is down — no doubt from the massive spike in traffic as a result of the publicity or a DoS attack. But it hardly matters. Patriot Front is a bona fide “hate group” as revealed in leaked audio from their own meetings.

Are they dangerous? Probably no more so than Antifa or some of these radical BLM offshoots. Like many radicals, they talk a big game, but when it comes to carrying out any of their grandiose plans, they fall a little short.

Trying to start a violent commotion where there are moms with kids and peaceful people out enjoying a community event is a cowardly act deserving of punishment and the disapprobation of decent people everywhere.