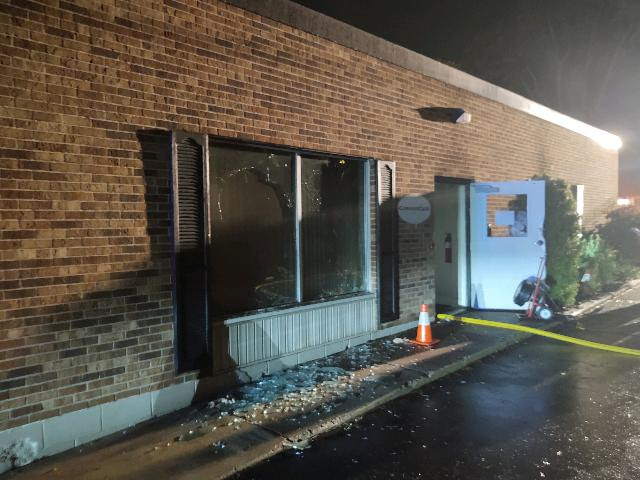 Abortion activists firebombed a pro-life pregnancy center outside Buffalo, N.Y., the latest in a series of attacks on pro-life offices and churches since the leak of a draft Supreme Court opinion overturning Roe v. Wade.

The pro-life organization CompassCare reported that early Tuesday morning, activists smashed windows and set fires in the group’s Amherst, N.Y., medical office. The assailants graffitied the phrase “Jane Was Here” on the building, a tagline associated with a group called Jane’s Revenge that has claimed responsibility for attacks on pro-life institutions across the country.

The attack comes as Supreme Court justices and pro-life advocates face heightened threats this month of leftwing violence over the Court’s looming Dobbs v. Jackson Women’s Health decision. Jane’s Revenge took credit for the firebombing of a pro-life office in Wisconsin last month. And anarchists who vandalized four churches in Washington State claimed association with Jane’s Revenge. The Department of Homeland Security has warned law enforcement about potential violence against justices, clerks, and even clergy members in the wake of the Dobbs ruling. Pro-abortion violence is not the only kind tacitly supported by the left. The Washington Free Beacon reported on Tuesday how two Ivy League lawyers who lobbed a Molotov cocktail into a police car during the summer 2020 riots worked out a sweetheart plea deal last month with Attorney General Merrick Garland’s Justice Department.

“Because of this act of violence, the needs of women facing unplanned pregnancy will go unmet and babies will die,” Harden said.

The Supreme Court is expected to overturn Roe‘s recognition of a right to abortion in the Dobbs case, returning the issue of abortion access to the states.

Man learns the hard way that he should check for snakes before sitting on...