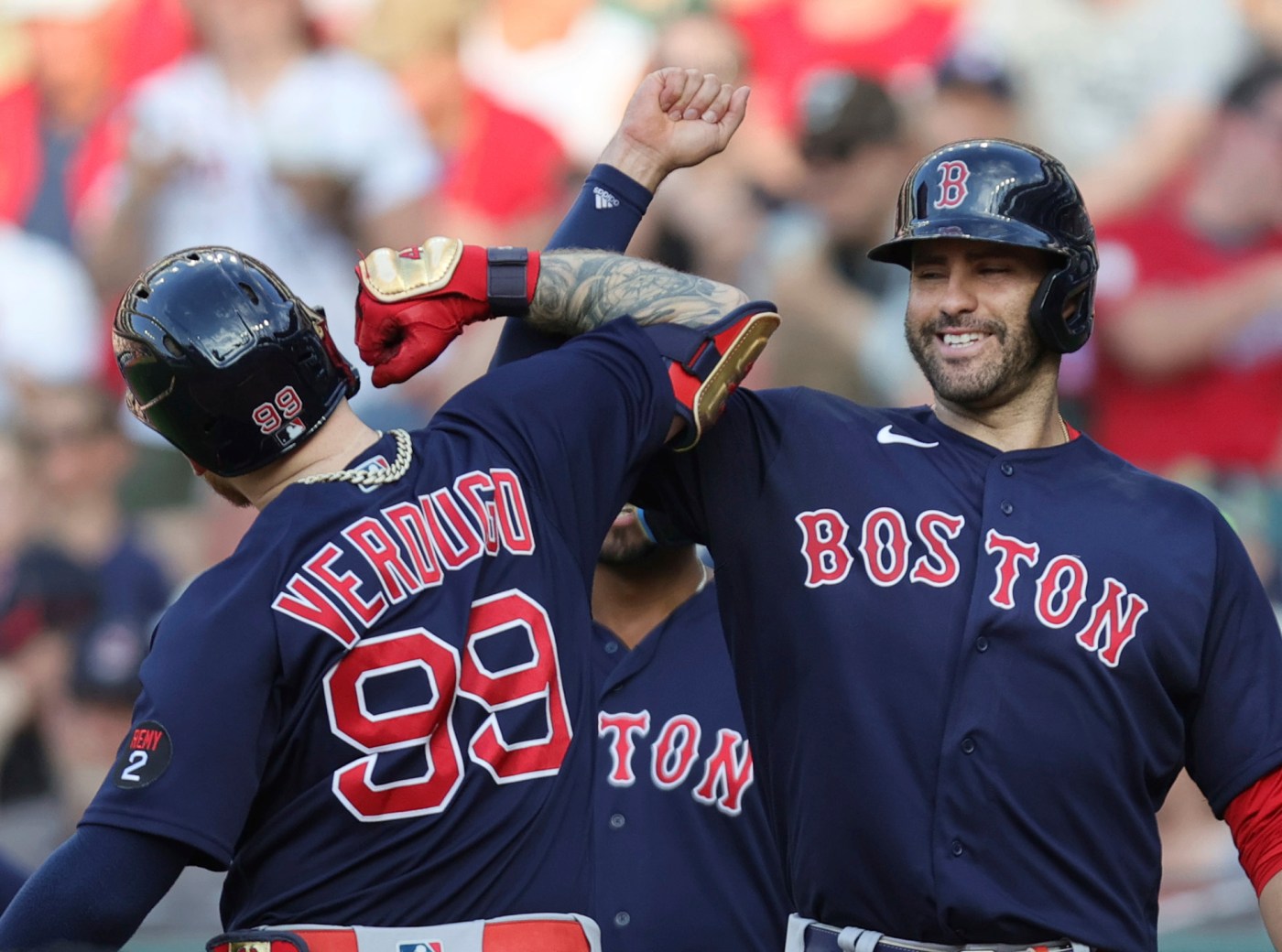 Alex Verdugo is feeling himself again.

An unlucky hitter for most of the season, Verdugo is finally seeing some positive results, and it’s adding yet another dimension to an already dangerous Red Sox lineup.

Friday night, Red Sox manager Alex Cora described Verdugo’s game as the outfielder’s best of the season. A night later, Verdugo carried the momentum into a laundry cart ride as he and the Red Sox celebrated another victory thanks to his heroics. Verdugo’s go-ahead three-run homer in the sixth inning was the difference as the Red Sox stormed back Saturday night with a 4-2 victory over the Cleveland Guardians.

The Red Sox, who improved to 41-31 overall and 18-4 in June, surged into the American League’s top wild card spot with the victory as they clinched their seventh consecutive series win. They can sweep the series on Sunday.

1. Verdugo has his swagger back

Verdugo’s 2-for-5 line in Friday’s win didn’t necessarily stand out in the box score. But he could have easily had four or five hits with the contact he was making on unlucky lineouts, and he kept going the other way even when he wasn’t getting the results.

“Tonight was his best night of the season,” Cora said Friday.

There was no luck involved Saturday as Verdugo didn’t miss an opportunity in the sixth as the Red Sox, trailing 2-0, finally got to Guardians starter Shane Bieber. After J.D. Martinez and Xander Bogaerts hit back-to-back two-out singles, Verdugo stepped up and demolished a 2-0 curveball to the right field seats for a go-ahead three-run homer. There was zero doubt about the 447-foot blast that Verdugo took a moment to admire.

For Verdugo, it started on Friday.

“Yesterday was definitely like one of those days where I was like, ‘Dang, I feel like myself again,’” Verdugo said on NESN. “I feel like the rhythm at the plate, able to see the ball deep and at the last minute, put a swing on it. … I definitely felt a lot more like myself yesterday. Today was kind of more of the same thing, just trying to carry over that feeling.”

It seems like ages ago when Verdugo started the season as the Red Sox’ best hitter before he cooled down. But now he’s finding himself again and the results are finally turning for him. That’s a big development in a lineup that regularly finds Verdugo, who typically bats fifth or sixth, in opportunities to drive in their best hitters.

“There’s a reason he’s hitting in that spot right behind those big boys,” Cora told reporters. “He’s a good hitter, we know that. He understands the strike zone. Yesterday was really good, today the big swing. Little by little, you can see the quality of the at-bats, him understanding who he is in the lineup which is very important.”

Jarren Duran could be the odd man out when Kiké Hernandez eventually returns from the injured list, but the speedy outfielder is doing everything in his power to force the Red Sox’ hand. Duran had another impressive game as he went 4-for-5 with an RBI single from the leadoff spot – his first career game of three or more hits – with two steals.

Duran made a bad mistake in the sixth after a leadoff double against Bieber when he was thrown out trying to steal third with Rafael Devers at the plate. That could have ruined a rally before he was bailed out by Verdugo’s homer. He knows that he needs to channel that aggressiveness into smarter decisions, but it could also be an indicator of Duran’s growing confidence as he seems to be getting more and more comfortable at the major league level.

“It’s really good, the dynamic player we envisioned,” Cora told reporters. “He’s just having fun. Running the bases, being an athlete, hitting the ball the other way, not trying to do too much. This is what we want.”

Josh Winckowski had another solid outing, as the rookie went 5 1/3 innings and gave up two runs against a good Cleveland lineup for his third consecutive victory, and the bullpen backed him with the type of performance Cora was dreaming for two months ago and has now become reality.

Jake Diekman, John Schreiber, Matt Strahm and Tanner Houck combined to produce 3 2/3 shutout innings as they protected a slim Red Sox lead. Those pitchers have won Cora’s trust and the most important roles in the ‘pen – with Schreiber and Strahm as the setup guys and Houck as the closer, which is what Cora has been searching for all season.

“We feel a lot better than early in the season,” Cora said. “I love structure. I love it. … We’re in a good spot.”

Kyle Hendricks joined the Chicago Cubs in a franchise-altering trade 10 years ago. Here’s...