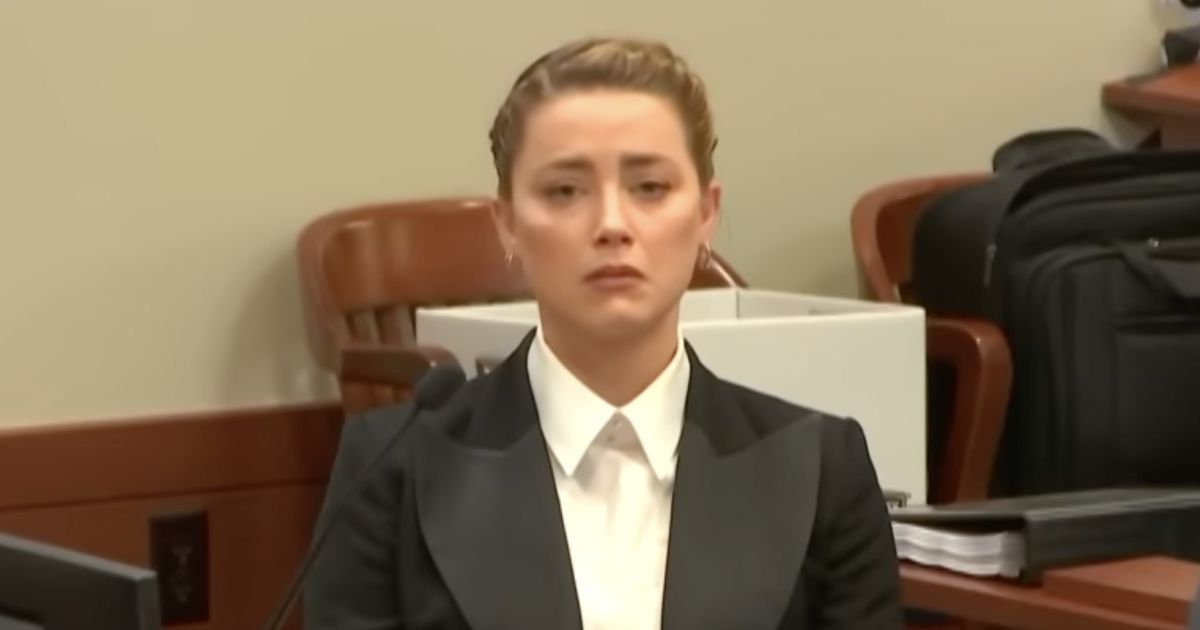 The Johnny Depp v. Amber Heard defamation trial had an epic day on Wednesday. Heard’s claims are falling apart faster than my meatloaf (which I can never get to stay together. What is the secret???) It’s hard to choose the most damaging testimony for Heard from all that we all heard Wednesday. But I’ll do my best.

Kate Moss was up first and she absolutely wrecked Heard’s claim that Depp pushed the supermodel down the stairs. Depp’s team would never have been able to call Moss to the stand without Heard opening the door by mentioning Moss during her testimony. At that moment, attorney Ben Chew knew they had Heard.

Kate Moss will be testifying tomorrow. This is one of my favorite moments in the trial. Ben Chew’s reaction is priceless. #JohnnyDeppVsAmberHeard pic.twitter.com/411X6YdCFq

When Depp’s team was able to call supermodel Kate Moss as a rebuttal witness after Heard left that door swinging wide open, Moss told a very different story from Heard’s ridiculous allegation about Depp pushing Moss down the stairs. Moss appeared by video and though ten years older than Heard, she looked the same age or younger. Heard squirmed in her seat, listening to the model’s testimony. “We were leaving the room and Johnny left the room before I did and there had been a rainstorm,” began Moss. “And as I left the room I slid down the stairs and I hurt my back,” she said. “I screamed because I didn’t know what happened to me and I was in pain, and he came running back to help me and carried me to my room and got me medical attention.”

In answer to the direct question, “Did Mr. Depp push you in any way down any stairs?” Moss replied, “No, he never pushed me, kicked me, or threw me down any stairs.”


For our VIPs: Why Are Amber Heard’s Experts So Weird?

If that wasn’t bad enough, Dr. Shannon Curry, Depp’s hired psychological expert, came back to the stand to rebut Heard’s psychological expert, Dr. Dawn Hughes. Curry pointed out all the bad things that Hughes did in evaluating Heard, including calling checklists “tests” and reading results on malingering or falsifying symptoms wrong. But the best thing Curry did was point out the absurd way Hughes testified by “cloaking” self-reported allegations as facts. Hughes did this repeatedly in front of the jury, claiming Heard’s allegations happened as a matter of fact and not as a matter of self-report. That’s the wrong way to present a psychological evaluation to a court, according to Curry.

“It’s important we use precise language and we do not present opinions as facts, because when you are in the role of an expert witness, a layperson may not be able to detect the difference” between data and opinions or self-reports. Hughes couched her whole testimony in the words of Heard’s self-report, claiming to the jury that Depp “grabbed Heard by the genitals and violently moved her around in a closet” as if she were a witness. Curry called that kind of testimony “highly prejudicial, shocking, and hard to forget.” Those words perfectly describe this performance:

Curry’s response to that ridiculous testimony was perfect. Her demeanor was the opposite of Hughes’s. Instead of slinging around wild accusations, Curry relied on data, numbers, test results, and general observations. She pointed out that Dr. Hughes had never met Depp, never evaluated him, and did not get his permission to evaluate him, but Hughes commented on his character endlessly as if she had. It was truly misleading testimony, and now the jury knows what the rest of us saw.

TMZ former field assignment manager Morgan Tremaine came forward to testify that not only did he know the video changed copyright in approximately fifteen minutes, leaving no doubt that the copyright owner (Heard) gave the recording to TMZ, but TMZ would never publish any video without the copyright from the original owner. The recording given to TMZ came from Heard’s device, making her the copyright owner. This testimony was devastating to Heard’s claims under oath that she did not give the video to TMZ and that she would “have no idea how” to do so.

Tremaine voluntarily came forward to blow Heard’s statements out of the water. Tremaine testified that “the only way to obtain copyright over media is if we shot it ourselves, if it was sent to the tip line, source-verified that it was from the original copyright owner, and either purchased from that person or given to us, and then the third option would be if it was directly given to us by the copyright holder.”

Tremaine testified that getting copyright could take a long time but in the case of the Heard video, it took about fifteen minutes, which is the approximate time it takes TMZ to post something given to them by the copyright holder.


Not only did Heard claim she did not release the video, but she also claimed she did not tip off TMZ to her court appearance to get a restraining order against Depp with a visible bruise on her face. “[A courthouse] is not a celebrity hotspot,” said Tremaine, explaining that they went to the courthouse on May 27, 2016, on a tip. “We were trying to capture Amber leaving the courthouse and an alleged bruise on the right side of her face,” he said. And then Tremaine dropped a big bomb. “She was going to stop and sort of turn towards the camera to display the bruise on the right side of her face.”

Looking at the footage, it’s clear that Heard appears to be slowing down and turning her alleged bruise toward the cameras.

Amber Heard displaying her bruise on May 27, 2016. Just as the witness testified to Morgan Tremaine just testified too. pic.twitter.com/LYwlJJcs6w

During his cross-examination, Tremaine gave as good as he got, roasting Heard attorney Elaine Bredehoft for attempting to say he’s in this for the fame. By appearing, Tremaine is actually defying TMZ, which tried to stop him from testifying by entering a motion to intervene that was denied. Tremaine testified anyway, even knowing TMZ might sue him. Bredehoft accused him of wanting to be on TV and his response is too good to miss. “I’m actually putting myself in the target of TMZ,” he said. “I could say the same thing about taking Amber as a client for you,” he retorted, causing gasps and snickers in the gallery.

Depp’s team called a forensics expert to the stand to analyze the photographs that Heard says are of her injuries. The short of it is he didn’t find one of them that wasn’t edited with iPhone 6 photo editing software. He also testified that no one could authenticate the photos. Heard testified on the stand that she has “never” edited a photo or used filters and doesn’t know how.

An eyewitness to Heard’s 2009 arrest for domestic violence against her ex-wife showed up to tell the jury about that time she saw the Magic Mike XXL actress physically assault her ex-wife in an airport. It wasn’t good for the innocent persona Heard has been trying to project. “I was in the baggage claim area and I observed her with a traveling companion, and they got into an altercation where Ms. Heard had grabbed her companion and had grabbed something from her neck. At that point I got up and went over and tried to break up what appeared to be a fight,” said the witness. “I stepped in between them and separated them, stopping any further injuries or escalation.” She continued, “Ms. Heard was aggressive toward her traveling companion…I could smell alcohol.”


Today is the last day of trial before closing arguments. Join me on a live stream all day, where I will be hosting a watch party and commenting with guests and friends on the proceedings.