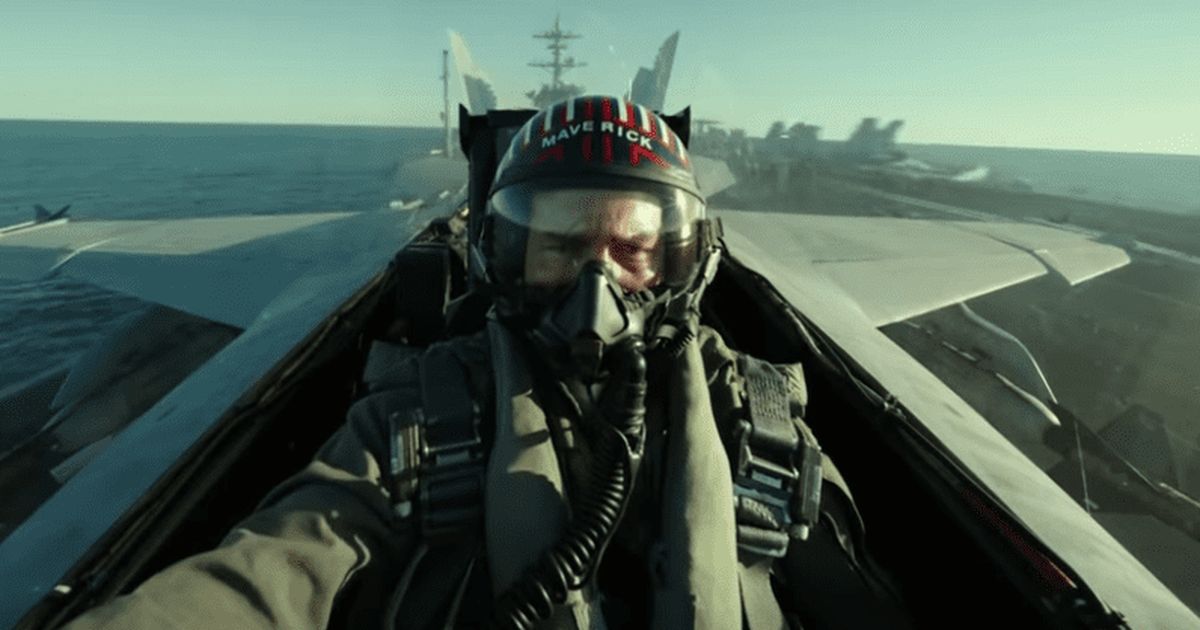 Top Gun: Maverick is giving star Tom Cruise his biggest opening weekend of all time as the unofficial start to summer and the blockbuster movie season begins. The film has already grossed $150 million domestically and promises to do boffo business in the coming weeks.

But there’s one market that may never see the film released. The 1.2 billion consumers of American pop culture in China may not be allowed to see the film because of its unabashedly pro-American messaging.

Paramount Pictures may have also upset the Chinese by adding back Japanese and Taiwanese flags to Cruise’s leather flight jacket after the Chinese backer of the film, Tencent, demanded they be removed in 2019.

There’s a new Top Gun movie coming out. And Maverick is wearing the same leather jacket – only this time it’s Communist Party of China-approved, so the Japanese and Taiwanese flag patches are gone (screenshot on right is from the new trailer)… pic.twitter.com/gUxFNFNUKX

Tencent Holdings pulled out of the picture when it became clear the pro-American messaging wouldn’t sit well with their masters in Beijing.

The reason: Tencent executives backed out of the $170 million Paramount Pictures production after they grew concerned that Communist Party officials in Beijing would be angry about the company’s affiliation with a movie celebrating the American military, according to people familiar with the matter.


When the film was shown in Taiwan, the audience erupted in cheers.

Amazingly, this one gesture of defiance gave heart to millions in Hong Kong, Taiwan, and elsewhere.

The blockbuster has not been given a release date in China, the world’s biggest movie box office worth $7.3 billion as of 2021.

Meanwhile, at the movie premiere in Taiwan, the audiences cheered and clapped at the unexpected sight of their national flag, the Central News Agency of Taiwan reported. Some people even flocked to buy copies of the jacket, which is being sold at the price of $1,449.

“To be honest, Tom doesn’t necessarily have to wear the same jacket in the opening scene. There’s no way film producers didn’t know the Republic of China flag would cross the Chinese Communist Party’s red line,” a Taiwanese film writer, who goes by the moniker Knee Joint, wrote on Facebook. Republic of China is the official name of Taiwan. “But they still did it anyway.”

The Chinese feigned disinterest. “Fine, don’t take our money. We will watch the pirated version,” a commentator said on Weibo.

It probably cost Skydance Media, the film’s producer, a lot of money to add those emblems back to Cruise’s flight jacket. But perhaps Hollywood has turned a corner. Perhaps filmmakers have decided that freedom of expression is more important than pleasing the Communists in Beijing.


The film Mulan was made with the Chinese Communists’ blessing, approving the script and the actors. But it bombed at the box office. Even when Hollywood grovels before its Chinese overseers, success isn’t guaranteed.

The Top Gun: Maverick sequel was scheduled to be released in 2019. But delays in shooting led to more delays because of the pandemic. Now, finally, the film has arrived.

Just in time to cheer up American audiences and allow them to feel good about their country again.