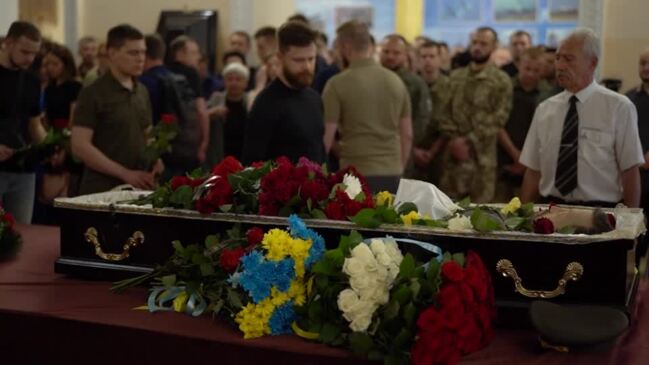 Mourners on Tuesday (June 14) paid their last respects to a Ukrainian serviceman who was killed in the conflict with Russian forces. A service was held in the Central House of Officers of the Armed Forces of Ukraine in central Kyiv for Oleksii Chubashev, a soldier and journalist for Ukraine’s state military TV service.

Can we just not with uterus-shaped breakfast cereal? – twitchy.com
How residents are doing after the 2021 Naperville tornado

Olivia Rodrigo Hair: She Uses These Under-$16 Brushes From Amazon