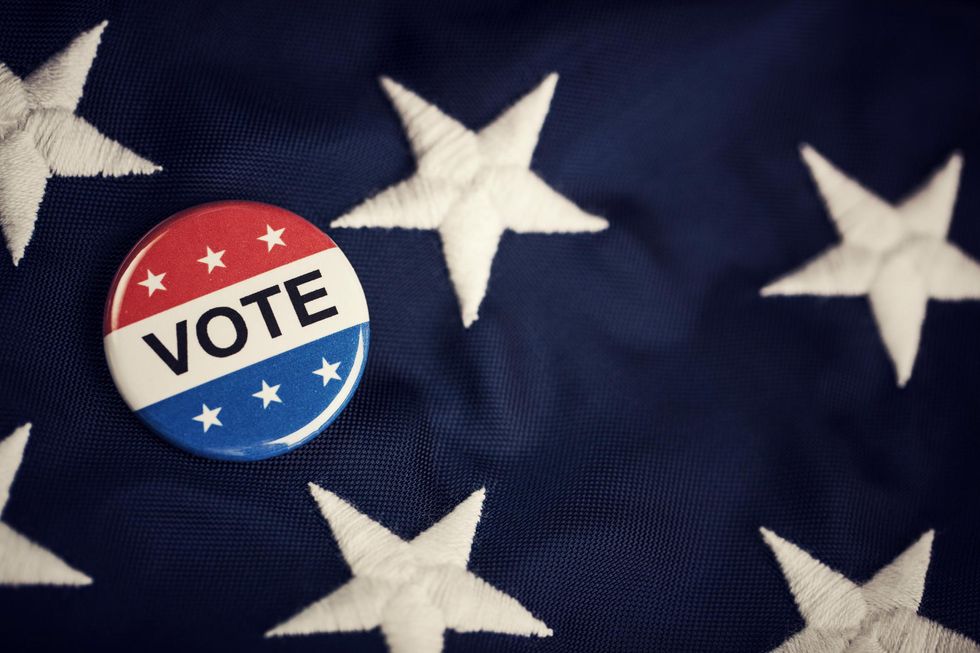 There’s been a lot of discussion and debate over election fraud in Pennsylvania. But there is an undeniable form of election fraud nobody discusses, and that is the existence of the Republican Party, which runs conservative in the primaries but then governs like Democrats – just like a potential fraudulent voting machine that swaps out a Republican vote for a Democrat one. Nowhere is this more evident than in the Pennsylvania race for U.S. Senate, where on the issues of our time, Mehmet Oz is indistinguishable from Democrat John Fetterman. Moreover, he is unelectable anyway and will lose to Fetterman. Isn’t it time we break the uniparty oligarchy and start recruiting impressive independent candidates in general elections?

Late in the senatorial primary, conservatives around the country were inspired by Kathy Barnette’s shoe-string campaign against two elitist opponents who spent millions of dollars. She was one of the few candidates this cycle to actually inveigh against the premise of COVID fascism and the Pfizer bio-medical state. She looked like she might pull off an impressive win based on some of the final polls, but the establishment and Trump effectively dissuaded some voters from casting their ballots for her because they suggested she couldn’t win the general election.

It is an old tactic of the GOP establishment, and unfortunately, it works. They know that our voters are most concerned about the Democrats winning, so they convince them – without providing any evidence – that the only way to beat the Democrats is to elect Republicans who will essentially codify the Democrat agenda but with slightly less enthusiasm. Thus, in this case, we were stuck with Dr. Oz, a candidate who supports the grooming agenda, “bail reform,” the vaccine biomedical state, gun control, and the World Economic Forum and who suggested that “America needs to learn from Wuhan’s quarantine lessons.”

Then, the minute Oz won the primary, he wasted no time scrubbing from his website all references to Trump, who stupidly helped him win the primary, along with Fox News. Most others at least wait a few months before migrating back to their true political leanings, but Oz is getting a head start on demonstrating how he would govern. Except he will never get that chance.

Any thinking conservative should understand by now that someone like this is actually counterproductive to advancing our agenda – much like the negative efficacy of the Pfizer shot – and yes, is worse than a Democrat because he will work to subvert our agenda from within to create consensus for the globalists. But either way, this is a moot point, because two recent polls show that it is actually the liberal Republican who can’t win the general election. Even in the worst year in memory for Democrats, Fetterman is leading Oz by nine in the USAToday/Suffolk University poll and by six in an AARP poll.

Now, all things equal, this deficit is not insurmountable for Oz. However, all the polls so far show him starting out extremely unpopular, particularly among independents. He has a -26 approval among critical independent voters, according to the AARP poll, and in general is starting the race with a -33-point approval among all likely voters. That is simply toxic. It is also astounding, given how bad a year it is for Democrats and how much voters want to send a message to Joe Biden. Republicans, for the first time, actually cast more ballots in the primary than Democrats did, despite Democrats having a 554,000-person registration edge.

Imagine if these voters had a fresh face, a complete outsider with an impressive background and even more impressive agenda that drew a bold contrast to both major candidates, who essentially agree on the issue of our time – bio-medical tyranny and the World Economic Forum agenda.

The bitter truth conservative voters (and disenchanted independents and Democrats) must confront is that so long as those who badly want to see change are terrified of rising Democrat wins if they don’t support duplicitous Republicans in the general election, we have no chance of ever changing the system or leverage to make Republicans more attuned to ordinary voters. Just watch Mitch McConnell and John Cornyn betray us in broad daylight. Can you blame them? They know that it’s impossible to win against incumbents in primaries – challengers fail more than 99% of the time – and they know we will always be on the plantation for them in the general election no matter how much they stab us in the back.

This point was perfectly expressed by one liberal Florida GOP official to the New Yorker in the now infamous expose on Florida Governor Ron DeSantis. “There was always an element of the Republican Party that was batshit crazy,” said Mac Stipanovich, the chief of staff to former Florida Governor Bob Martinez. “They had lots of different names — they were John Birchers, they were ‘movement conservatives,’ they were the religious right. And we did what every other Republican candidate did: We exploited them. We got them to the polls. We talked about abortion. We promised — and we did nothing. They could grumble, but their choices were limited.”

This is why we only have one Ron DeSantis. Every other governor is horrible on every issue that matters. Ditto for nearly every GOP senator. They know we will always support them in the general elections, and primary challenges simply do not work. Thus, why should they antagonize the masters of the universe on behalf of the poor slobs? Until we make it clear that we are off the plantation, we will continue to suffer interminable and immutable decline with Republicans in charge.

I know I’m in the minority among conservatives in believing that it is actually worse to continue electing perfidious Republicans than Democrats and that we need to rethink our political strategy and focus altogether. It’s not to say I think we should just vote Democrat to make things more obviously worse or not vote at all. It’s that we should unite and work to recruit impressive candidates who understand the spirit of the age but have a slightly broader appeal than just a traditional conservative Republican and run that individual in the general election.

It’s nearly impossible to start a third party and consistently get on the ballot in each state, but in most states it’s fairly easy to get on the ballot as an independent. Independent candidates never win because they are usually throwaway campaigns; after all, the most viable contenders will run as Republicans or Democrats. But what if we changed that game? What if we found individuals somewhat well known, with a fresh message and agenda, no pre-existing labels as a partisan, but someone who is currently in the trenches on the issues that matter and would fight the oligarchs of both parties and appeal to the fastest-growing base of voters – the unaffiliated?

Just to throw out a random example to paint a caricature for you, think of someone like Dr. Robert Malone, one of the leading opponents of the mass vaccination and the mushrooming bio-medical state. He actually voted for Democrats in the past and was never a right-winger. But he more effectively articulates the concerns of our voters, plus so many Democrats and independents, than any Republican running for office. He is more known as a scientist than as a politician, much less a conservative Republican politician, but his impressive background would actually allow his candidacy to gain traction and raise money. There is no question in my mind that someone with this background, in this environment, could have a shot of winning a three-person race in the right state.

We only need one example of a successful independent bid to break the monopoly of the “uniparty” and actually bring change to the American people. One of two things would then occur. Either it would spawn a revolution of better-organized independent candidacies, or it would force the Republican Party to be more responsive to the people than the other half of the elite oligarchy they share with the Democrats.

This is different from simply “allowing the Democrats to win.” Yes, we won’t always succeed in winning or even recruiting such candidates, but can we at least try. Do we have to throw ourselves at the GOP oligarchs who hate us immediately in every general election, no matter how much they betray us? Can we at least make them sweat and work for our vote?

Again, I know those conservatives who watch Fox News all day will have a hard time seeing the light in cases where the RINO is a shoo-in to defeat the Democrat in a two-person race. But we should at least try a test run to break away from the duopoly in a race like the PA Senate contest, where the fake Republican is almost assured to lose anyway.

Now, obviously, Robert Malone doesn’t live in Pennsylvania, nor have I seen evidence that he is planning to venture into politics. But it is someone who fits that persona, particularly from the growing medical freedom movement, who would have to run if there’s any hope of us disarming the GOP’s blackmail of conservative voters while also having at least a chance of denying the Democrats an automatic win. I’m sure such a person exists in this large state who would not needlessly turn off non-traditional conservatives but at the same time would speak to the important issues of the day – medical freedom being the top priority. The deadline to file and gather signatures is August 1.

For over three decades, we’ve been forced to vote for the “lesser of two evils” in nearly every election – always with the promise that somehow that would lead to incremental improvements. Yet we’ve consistently suffered plain evil, not a lesser version of it, even when Republicans win, culminating with the GOP support of COVID fascism with control of two of the federal branches and half the states. If we are ever to change any aspect of our government for the good, we will have to break the duopoly at some point. In the case of the Pennsylvania Senate race, there’s no time like the present.

Kushner revealed the personal information in his forthcoming book