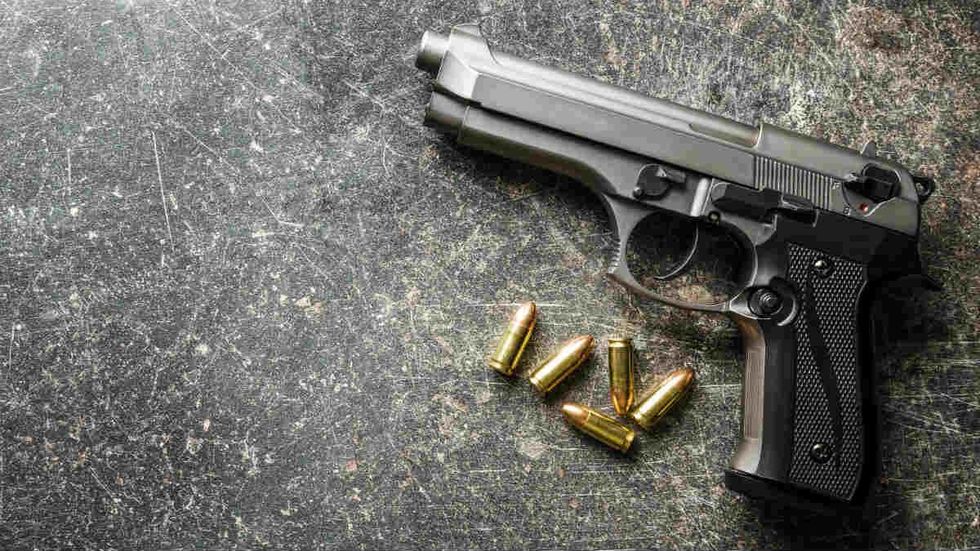 Democrats might not believe in the Constitution, but unlike Republicans who slavishly worship the federal courts, Democrats understand that courts wield “neither force nor will” in implementing their rulings on society. This is becoming increasingly evident for those seeking to defend themselves in the seven states that do not automatically issue carry permits.

Last week, as I was headed out the door, my 12-year-old asked me why I wasn’t immediately carrying in light of the ruling in New York State Rifle & Pistol Association, Inc. v. Bruen, stating unambiguously that Maryland’s requirement for a “good and substantial reason” to carry is unconstitutional. I had to explain to him that in Maryland the Constitution doesn’t matter and that ultimately, a court cannot mandate a particular permitting scheme. “Oh, so you mean the state will just take forever to rewrite the permitting process and then throw up obstacles at every step?” Well, now my son knows why we want to flee from this tyrannical state.

We all remember the images from red states the minute the Supreme Court redefined marriage in Obergefell after thousands of years of history and tradition dating back to Adam and Eve. Within less than two weeks after the court invented a right from thin air and declared our entire history and tradition unconstitutional, all of the remaining states that did not recognize gay unions as marriages were issuing licenses. There were no court cases in the lower courts, waiting time for changes to the state’s marriage laws to be rewritten, or dilatory tactics employed by the states to thwart the ruling. Marriage had been redefined for all time the minute the ruling came down from the majority led by Justice Anthony Kennedy.

Contrast that to the ruling in Bruen, which categorically stated that it was unconstitutional based on the plain meaning of the Bill of Rights for seven states to deny the right to carry. Yet here we are, two weeks later, and there is no guarantee that any of us will be able to carry soon, even though these are the very states with exploding crime rates.

To this day, Maryland is still requiring an extensive permitting process to even purchase a gun for your home for the first time, much less carry outside your home. The state is still banning numerous common 9mm pistols and rifles, as well as sale of magazines with more than 10 rounds. Yet despite a remand order from the Supreme Court, Maryland Attorney General Brian Frosh was defiant, claiming these guns “pose grave risks to public safety,” and asserted that “Marylanders have a right to be protected from these dangerous weapons.” He noted that “Despite the Bruen ruling, the state’s law remains in effect.” The Massachusetts AG promised to continue enforcing the current law too.

Where was this sentiment when the courts ruled that red states had to treat men like women and non-marriages like marriages? The Maryland attorney general is actually not wrong about the power of the Supreme Court, just about the Constitution. In other words, a court doesn’t rip a statute out of the books. It’s just that if the state takes action against someone pursuant to that law, the courts will overturn the conviction. However, in order to get a permit of any sort, even on par with the liberally issued ones in the “shall issue” states, the state needs to come up with a new licensing scheme. It’s quite evident some of the blue states like Maryland will take their time.

Although the Maryland governor, Larry Hogan, did issue an order to the state police to end the “good and substantial reason” limitation, he did mention that the order has “no impact on other permitting requirements and protocols.” The expensive and cumbersome process is still bogging me down, something we would never accept for any other fundamental right spelled out in plain language in the Constitution.

\u201cWe\u2019ve taken swift action to protect New Yorkers.\n\nOur new legislation includes restrictions on where those with concealed carry permits are allowed to bring their guns.\u201d

In other words, the blue states are responding to the court ruling by saying, “All right, people generally have the right to carry some sort of firearm under some sort of circumstance in some place.” They will engage in a game of legal “catch me if you can,” forcing a new lawsuit on each and every regulation. Remember, it took 14 years to apply the unambiguous language of Heller to the right to carry outside one’s home.

New Jersey plans to increase training requirements, limit places people can carry, similar to New York, impose microstamping technology on guns, and a public nuisance law that will allow the government to harass gun dealers. The microstamping was pioneered by California, when the state banned any guns produced after the date of the microstamping law without that technology being on the guns. It essentially precludes people from owning many popular guns on the market.

For its part, California is looking to restrict concealed carry to those 21 and older; require in-person interviews with the applicant and at least three character references; and allow sheriffs and police chiefs to consider applicants’ public statements as they weigh whether the individual is dangerous.

Delaware also responded to the court’s ruling by further banning more common weapons, even after the Supreme Court remanded a case on “assault weapons” bans back to the lower courts, in clear indication that such laws are precluded by Bruen.

The blue-state strategy was best summed up by UCLA law professor Adam Winkler. “This case is not the final word,” said Winkler. “It’s the beginning of a multi-year battle over concealed-carry regulations.”

Obviously, what they are doing is illegal because it violates an undeniable right written in plain language in the Constitution. But they are not wrong that the states and other branches of government can use other levers of power to practically limit the court’s application. Perhaps red states need to learn a thing or two for the next time the federal courts issue a categorical right for men to use female bathrooms or for a horse and a donkey to get a marriage license. Courts aren’t the final say; the Constitution is. In the case of self-defense, they two happen to have finally aligned.

Trump shreds Jan. 6 Committee for trying to divert incoming GOP victories: ‘are you...

Dobbs Is Making Our Democracy Work