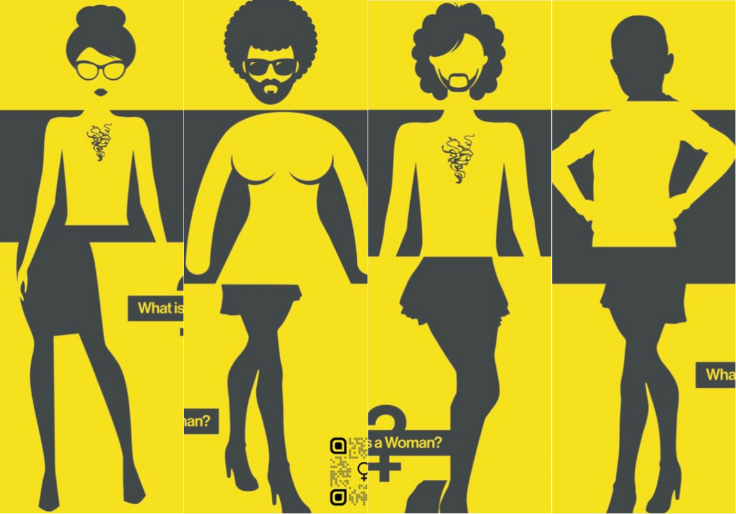 The following is an excerpt from Matt Walsh’s new book, What Is a Woman? One Man’s Journey to Answer the Question of a Generation, an investigation into the radical gender ideology movement. The passage is taken from Chapter 5, “The Transgender Takeover.”

Transgenderism has taken the (western) world by storm, and there’s no medium where we aren’t confronted with it, often on a daily basis. While this appears to have happened rather rapidly, pressure had been building for quite some time.

In the early 1950s, a former GI from the Bronx who renamed himself Christine Jorgensen went to Copenhagen, Denmark, received a sex change surgery and massive doses of estrogen, and became the first international transgender media sensation. Three wire services together sent out a sum total of 50,000 words on the Jorgensen story in the first two weeks of coverage. While Alfred Kinsey and John Money conducted their experiments and the ideas behind sex change surgery and gender theory spread through academia, society at large took passing interest in the transgender issue after Jorgensen. One could be forgiven for living life in the mid 20th century without worrying if your daughter would come home and announce she is actually a man. It was a simpler time. Jorgensen was a media sensation, but like all media sensations, he was soon forgotten.

In the 1970s, the controversy over Renee Richards broke onto the scene, presaging debates we are still embroiled in today. Renee Richards was a tennis player who underwent a sex change and proposed that, as a result, he was a woman. As Dr. Bowers recounted to me, “Renee Richards was a competitive tennis player who was assigned male at birth, went through a transition, and when her [sic] situation was found out, the women in the U.S. tennis circuit were very upset, thinking that she [sic] had a competitive advantage, and [they] tried to block her [sic] from competing.”

Renee’s case went all the way up to the New York State Supreme Court, which ruled in his favor, writing that forcing Renee to take a Barr body test to determine his sex before being eligible to compete was “grossly unfair, discriminatory and inequitable, and violative of her [sic] rights under the Human Rights Law of this state.”

After that, it was yet again largely quiet on the western front until all of a sudden the trans movement stopped making splashes in the headlines and began to form a tidal wave that would wash over society. In 2008, the reality show “America’s Next Top Model” featured a transgender character, normalizing transgenderism with regular appearances on many Americans’ TV diets. A few years later, Bruce Jenner was reborn as “Caitlyn.” Vanity Fair ran a flattering cover story, and nearly every media outlet in America praised him as a hero. Soon after, the Obama administration lifted the ban on transgender service members in the military (a ban that President Trump reinstated and President Biden lifted yet again).

Transgenderism was moving from sideshow to the main stage, and now it’s in absolutely every sphere of life. There’s no avoiding it. Transgenderism is the heart of the cultural conversation in America, and the only escape is death or becoming Amish.

In the movie industry, Amazon Prime produced a remake of the classic Cinderella, casting the fairy godmother as transgender. In the Marvel Universe—which produces the biggest blockbuster hits today—Disney (which owns Marvel) announced that there would soon be a transgender superhero.

Television boasts its own array of transgender characters. The hit show Glee on Fox introduced a transgender character as far back as 2012. A series called Transparent about a father of three grown children announcing he is transgender ran for five seasons until 2019. Orange is the New Black on Netflix featured a trans character played by an actual trans actor, Laverne Cox. Netflix is reportedly introducing its first non-binary (meaning not following the “binaries” of male or female) character in a series for preschool children.

Lest you worry that only adults and former Disney child stars are in on the fun, Desmond is Amazing is a prepubescent drag queen who was featured glowingly in a segment on Good Morning America. His abuse-courting parents also allowed him to dance at a Brooklyn gay club while grown men tossed dollar bills at him. Of course, no cell phones were allowed while he danced for the men at the bar.

3-2-1! The MimioSTEM Mobile is Ready for Launch!

Even if you aren’t a pop culture junky, it’s impossible to get by watching the news over the past few years without enduring a continual parade of transgender “firsts.” Rachel Levine was confirmed as the first transgender cabinet secretary, and he now runs the Department of Health and Human Services charged with managing health policies governing, among other issues, Medicare, Obamacare, and the coronavirus. We’ve had our first transgender Rhodes Scholar, our first transgender boy scout, our first transgender national political party convention speaker, and even our first high-profile transgender government leaker and whistleblower in the person of Chelsea Manning. The amount of history being made is just staggering.

Drag Queen Story Hour swept across the country as frighteningly dressed and confused men (generally) with a strange affection for young children formed chapters and invaded local libraries across the country. Human Resource specialists and allies everywhere have taken it upon themselves to announce their preferred pronouns in emails and everyday conversations at work and in social gatherings. You can be sure if you refuse to do the same, your lack of inclusivity will be noted.

Even having a baby has become another avenue for the pervasive touch of gender theory. Hardly a hospital in America has blue or pink blankets and caps for tiny newborns anymore. They are either a mixture of pink and blue—or lack the colors at all—apparently in an effort to save that puffy-eyed nugget of a baby from having a gender imposed on her at any point in time.

There is no escape. Maybe you’ve already had your kids, and you’re not having any more. Maybe you work from home or for yourself, and you even homeschool your kids. Maybe you’ve already cut the cord on the television, deleted the social media apps, and the only celebrities you can name are Elvis Presley, John Wayne, Audrey Hepburn, and Mickey Mouse. Well, that doesn’t stop the parents down the street from engaging in the hot new trend of raising their children Zyler and Kadyn as genderless or genderfluid. (Zyler and Kadyn, by the way, are actual twin children in Cambridge, Massachusetts, whose parents are raising them without gender so that the children can decide for themselves when they’re older.)

You don’t just have to worry about your kids. When was the last time you had a real conversation with your spouse about gender identity? When I spoke with Dr. Bowers, I asked him how his family dealt with his transition, seeing as he was married and had kids at the time. “If you marry someone who is your best friend, they’re likely to understand you, and they’re likely to be with you in the long run,” Dr. Bowers said. “We’re still married legally,” Dr. Bowers said of his wife, “but I wouldn’t call it a marriage. I would call it more like a modern family.”

“Is your experience typical, where the spouse is supportive?” I asked.

“Increasingly so,” he said. “I think as trans as a phenomenon has emerged and become, you know, more acceptable, spouses go along for the ride.” He continued, “If somebody is not a great spouse, whether male or female, and you add this into the mix, you’re likely to create problems. But if you have someone who you’ve been friends with and you have mutual respect for, you know, it often remains.” Got it. So if your spouse declares that he or she is the opposite sex and the marriage breaks down, it’s really your fault for not accepting it. There were probably already problems with you in the first place.

Matt Walsh is a writer at the Daily Wire. His book, What Is a Woman?, was published this month by DW Books. A companion documentary of the same title was also released in June.

New York City Mayor Eric Adams sings the praises of drag storytellers and the schools that support them – twitchy.com

DeSantis stands by veto of $35M in funding for Rays complex