After being canceled in 2020 because of the pandemic, last year’s Kane County Fair attracted 78,660 people — the fair’s best attendance since 2018.

Kane County Fair Board President Larry Breon is hoping for good attendance at this year’s Kane County Fair, which will be July 13-17 at the Kane County Fairgrounds, located at the intersection of Randall Road and Oak Street in St. Charles. This is the 153rd edition of the fair. 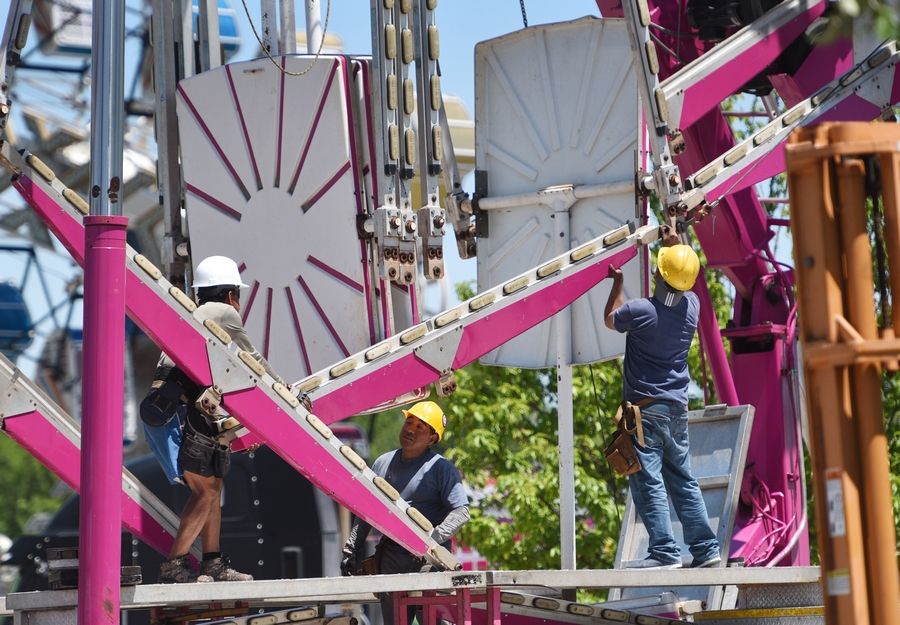 Breon thinks the fact the Kane County Fair was canceled in 2020 contributed to more people coming out to last year’s fair.

“People were kind of wanting to get out and do something,” he said. “We always anticipate a good crowd. Of course, it’s dependent on the weather. If the weather is just not very nice, the crowd is not going to be as good, and if we have good weather, we have a better crowd. That’s just kind of how it works.”

The Kane County Fair will feature old favorites such as daily pig races, championship bull riding and a demolition derby. One event that will not be returning to the fair is a Bengal tiger show. The show generated complaints last year. A group opposed to the commercial exploitation of wildcats called upon the Kane County Board to take action to prevent wild animal acts in the future.

Breon said the decision not to bring back the tiger show this year wasn’t necessarily because of the controversy.

“We had it for a few years and now we’re going to try something different,” he said.

As in past years, the fair also will feature a petting zoo, a classic car show, carnival rides and live music. New this year is the World of Wonders show and Texas Tommy’s Wild West Revue. According to its website, the World of Wonders show will feature sword swallowers, fire eaters, magicians and escape artists.

“We hadn’t had that before and we thought we would give it a try,” Breon said. “Back in the day they had those kind of shows. They’re bringing that kind of stuff back with a modern twist. We used to have that kind of stuff at the Kane County Fair years and years ago.” Celebrating its 10th anniversary this year, Dreams Dance Academy in St. Charles will host the Kane County Fair talent contest at 4 p.m. July 17 inside the Prairie Events Center Building. Pre-auditions will be Saturday at Dreams Dance Academy. More information about the pre-auditions and the talent contest is available by emailing jenny@dreamsdance.com.

“It gives them a place to perform in front of more people,” Breon said. “People can come and watch young talent in the area.”

4-H Clubs will be showing off their projects at the fair. That includes animals.

“That’s one of the main reasons for the fair, to give the 4-H youth a place to exhibit their projects that they’ve worked on all year,” Breon said.

More information about the fair is available by going to the Kane County Fair’s website, kanecountyfair.com/Home.

AOC apparently takes issue with preponderance of men in Congress

A ‘viscerally angry’ 79-year-old Biden has a plan to lower shipping costs – twitchy.com