A Puerto Rican transplant, Milagros Bravo was an instructional specialist at Des Plaines Elementary District 62 when she was asked to help set up the district’s bilingual program. That was 20 years ago.

“At the time, we only had 700 students in the program. We have 1,600 now,” said Bravo, District 62’s director of the English as a Second Language, bilingual and world language programs.

Bravo, 54, of Vernon Hills is retiring from that role June 30.

“We have Urdu- and Arabic-speaking teachers and paraprofessionals who support our community in the language, culture and background,” Bravo said. “Now, we are looking for Ukrainian because we have a lot of Ukrainian families that have moved here since January due to the war.”

She is most proud of getting a majority of district teachers certified to teach English as a Second Language or bilingual classes, and creating a Parent University 10 years ago primarily for Spanish-speaking families.

Bravo was 12 years old when her family came to the Chicago area, settling in Libertyville. A 1985 graduate of Libertyville High School, she has a business translation degree from Northern Illinois University, a master’s degree in bilingual education from University of Illinois Chicago and a certificate of advanced studies in educational leadership from National Louis University. 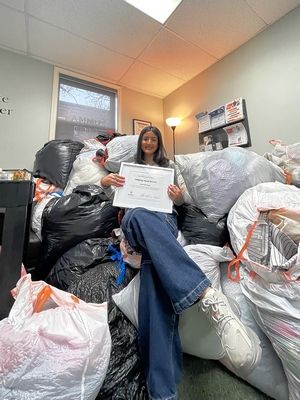 “I have a lot of privileges in my life,” Syed said. “My goal is to raise the standard of education in marginalized areas. These communities have been disadvantaged for decades and I want to provide them with the same opportunities that I have.”

Syed collected gently-used school supplies for students in need and raised more than $2,000 for the Waukegan School District. This spring, she collected $5,000 and roughly 50 bags of donated clothing and nonperishable goods to help resettle Afghan refugees, for which the Urban Muslim Minority Alliance (UMMA) Center in Waukegan presented Syed with a Helping Hand Award.

Syed does much of the fundraising through her Instagram page, @educationequityprogram. So far, she has assembled a team of five volunteers and is trying to recruit more and develop more programs.

“I’m hoping to do workshops, sessions (on college readiness) … provide mentorships. There’s also a lack of mental support in these areas,” she said. “Essentially I want to provide them a glance into a future that they might not have even imagined.” 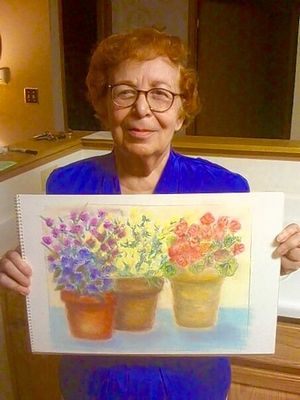 Aguirre-Armenta was called “Abuelita Moses” because she began painting late in her life after retirement until her death from cancer at age 90. She learned about color, perspective and drawing techniques through borrowed library books.

Born and raised in Chicago, Aguirre-Armenta’s paintings have a strong connection to her Mexican roots. She produced more than 100 paintings and held a one-woman art exhibit in Elgin featured on the WGN-TV show “Adelante, Chicago” hosted by Lourdes Duarte.

The logo for the foundation is one of her paintings titled “Just Like You.”

“She gave so much of herself during her lifetime, it seems fitting that we share that legacy through this foundation named in her honor,” Armenta said.

The day was established in 2006 by the International Network for the Prevention of Elder Abuse and the World Health Organization.

On Tuesday, the Elgin Police Department will host a free presentation for seniors on elder abuse prevention at the Heritage Ballroom. The presentation begins at 11 a.m. in English followed by the Spanish portion at 12:15 p.m.

To register, visit forms.gle/kBKZpSBe8vJLCMJ96 or call the Community Relations and Crime Prevention Unit at (847) 289-2530.

The Mecca Center in Willowbrook is hosting a Rohingya refugee fundraiser from 7 to 9:30 p.m. June 24.

Speakers are Yasir Qadhi, dean of academic affairs at the Al-Maghrib Institute in Houston, Sheikh Hassan Aly, imam of The Mecca Center, and Sheikh Nasser Hussein, imam at Islamic Foundation of Villa Park.

It will be held at the Willowbrook center at 16W560 91st St. The event benefits Basmah, a nonprofit helping underprivileged communities of Bangladesh. Register at events.eventgroove.com/event/An-Evening-With-Sh-Yasir-Qadhi-63169.

• Share stories, news and happenings from the suburban mosaic at mkrishnamurthy@dailyherald.com.

Focusing on carbon dioxide Is wrong – The North State Journal

Ruth Sent Us tweets ‘a special message for Ashley Kavanaugh and your daughters’ –...