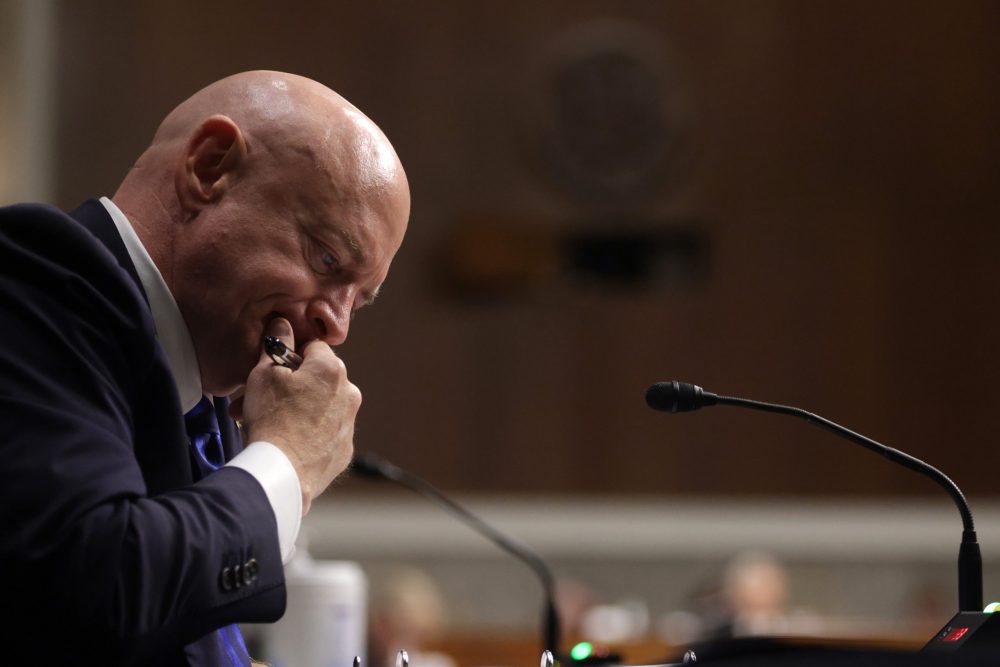 Sen. Mark Kelly (D., Ariz.) says he wants to stop lawmakers from exploiting their office for personal gain. But his investment in an aerospace company awarded a lucrative Pentagon contract is the kind of conflict of interest he’s claimed to oppose.

Kelly owns as much as $250,000 in non-public stock in Boom Technology, according to his most recent financial disclosure. The former astronaut served on Boom’s board of advisers until 2019 and had up to $50,000 in stock options in the company that expired in February. In January, Boom Technology announced a strategic partnership with the Air Force worth up to $60 million, one of the military branch’s “largest investments” into research of supersonic aviation. The three-year partnership marked a “substantial increase” over an Air Force contract with Boom Technology from 2020, before Kelly entered the Senate.

Kelly’s stake in Boom poses a potential conflict of interest because of his position on the Senate Armed Services Committee, which oversees the Pentagon’s budget. He is also on the Airland Subcommittee, which has oversight of the Air Force’s research budget. Kelly has introduced multiple bills to prohibit members of Congress from profiting off their office, including bans on lawmakers from trading stocks and receiving campaign contributions from corporate PACs. Kelly, who has said he wants to “root out corruption and increase transparency in Washington,” exercised stock options in Boom Technology in April 2021.

Kelly placed his assets in a blind trust in July 2021 to ensure “transparency and accountability.” He has since proposed legislation to require all members of Congress to do the same. But other lawmakers have cast doubt on the practicality of blind trusts to curb conflicts of interests. “You know what you put in, so it’s not really blind,” said Rep. Zoe Lofgren (D., Calif.).

Asked for comment, Kelly’s office denied his investments pose a conflict of interest, saying that senators and congressional committees do not award contracts to individual companies. But Boom Technology lobbies the Senate on defense appropriations and noise pollution, the main hurdle to commercially viable supersonic flight. The federal government banned supersonic commercial flight in the 1970s because of the “sonic boom” airplanes emit when flying faster than the speed of sound. Boom Technology and its competitors claim they can drastically reduce the noise pollution in their airplanes.

As a Boom adviser, Kelly helped the company land one of its earliest commercial wins. According to Boom CEO Blake Scholl, Kelly arranged a key meeting between the company and his friend, Virgin Galactic founder Richard Branson. The billionaire later pledged to buy 10 of Boom’s supersonic planes. Emerson Collective, the investment firm founded by Apple heiress Laurene Powell Jobs, is also a major investor in Boom. The Apple heiress gave maximum campaign contributions to Kelly in 2019 and 2021.

Boom has touted its technology for potential use by the American military, but the company has also worked with Chinese companies to “bring supersonic flight to China,” the Washington Free Beacon has reported.

Kelly has faced scrutiny before over his business dealings. He cofounded a space tourism company, World View Enterprises, that partnered with Tencent, a Chinese technology behemoth that helps Beijing censor the Internet.