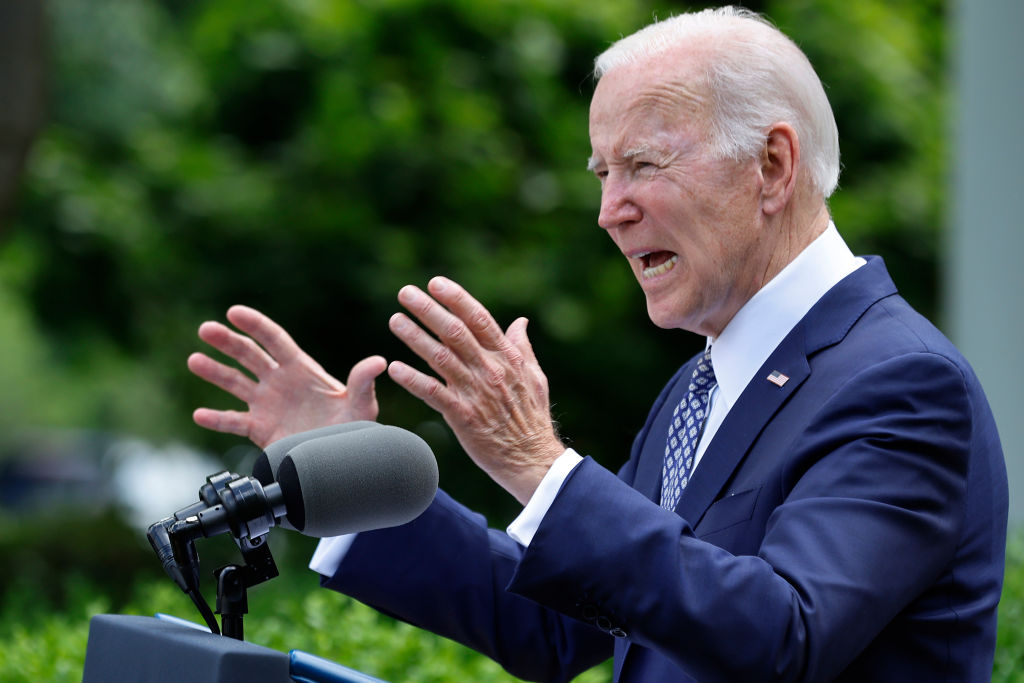 Biden last week nominated U.S. District Judge Carlton Reeves to serve as chair of the U.S. Sentencing Commission, and tapped New York lawyer John Gleeson for one of the commission’s seven seats. Both men have a history of politically charged statements, making them an odd choice for the historically nonpartisan body.

“President Biden is once again delivering for his radical leftwing base by appointing soft-on-crime advocates to the critically important U.S. Sentencing Commission, which sets the sentencing ranges for federal judges to consider in criminal sentences,” said Mike Davis, president of the conservative Article III Project.

Nominating committed partisans to the commission signals the Biden administration’s intent to muscle through its criminal justice agenda without congressional support. Top priorities for the commission as of this writing include implementing the First Step Act—which expands opportunities for criminals to get out of prison early on “compassionate” grounds—and preparing advice for judges managing prison populations during future pandemics.

Democrats have worked to elevate Reeves since Biden took office. A darling of the judicial left, Reeves was featured on the progressive advocacy group Demand Justice’s list of prospective Supreme Court nominees. And he was widely seen as a lead contender for promotion to the Fifth U.S. Circuit Court of Appeals, though a suitable vacancy has not opened.

Reeves fired a political broadside rarely seen from a sitting judge while accepting an award at the University of Virginia in 2019. In his speech, Reeves compared Trump to Jim Crow-era racists, saying he could hear the voices of George Wallace and James Eastland “echoing into the present” when Trump criticized judicial decisions.

“When politicians attack the courts as ‘dangerous,’ ‘political,’ and guilty of ‘egregious overreach,’ you can hear the Klan’s lawyers assailing officers of the court across the South,” Reeves said.

Reeves was similarly unsparing in his assessment of a Mississippi law that bans abortions after 15 weeks. That law is the one at issue in Dobbs v. Jackson Women’s Health Organization, the case in which the Supreme Court may overturn Roe v. Wade. Abortion providers challenging the law first did so in Reeves’s court, which is in Jackson, Miss.

Mississippi lawmakers said they enacted the ban to promote women’s health. Reeves called the explanation “pure gaslighting” in a rhetoric-laden 17-page decision that struck down the law. He called the law’s proponents racist and sexist, writing that the ban evokes “the old Mississippi, the Mississippi bent on controlling women and minorities.”

Mississippi appealed the decision to the Fifth U.S. Circuit Court of Appeals. Judge James Ho, a conservative Trump appointee, said he was duty-bound to uphold Reeves’s decision because it accurately applied Supreme Court precedent. But he took Reeves to task for his unjustified screed.

“I find it deeply disquieting that a federal court would disparage the millions of Americans who believe in the sanctity of life as nothing more than ‘bent on controlling women and minorities,’ and ‘disregarding their rights as citizens,’” Ho wrote. “Those insults not only directly conflict with the Supreme Court’s admonitions that both sides of the debate deserve respect—they are also demonstrably incorrect.”

Gleeson, the second nominee, is a veteran of the Russia-collusion probes who stepped in to pursue Trump national security adviser Michael Flynn even after the Justice Department dropped its case against him.

In a highly unusual move, U.S. District Judge Emmet Sullivan tapped Gleeson to argue against the Justice Department’s dismissal motion, which Gleeson did with gusto. He said the department’s decision to drop the matter was corrupt, abusive, and politically motivated over several throat-clearing paragraphs at the top of his legal filing.

The commission’s sentencing guidelines aren’t binding. But judges are expected to justify departures from the ranges they suggest.

Appointing strident ideologues to the Sentencing Commission is an unusual move. The seven-member commission is bipartisan by law—neither party may have more than four commissioners—and usually devoid of political squabbles.

“The USSC is a bipartisan, consensus-based commission that produces sober and data-driven analyses and recommendations. Its work has been and should be free of partisanship,” said a conservative lawyer familiar with the commission’s work.

The White House did not respond to a request for comment on the nominations.

After Painting Her Colleagues as Out of Touch, Dem Rep. Katie Porter Says Inflation...