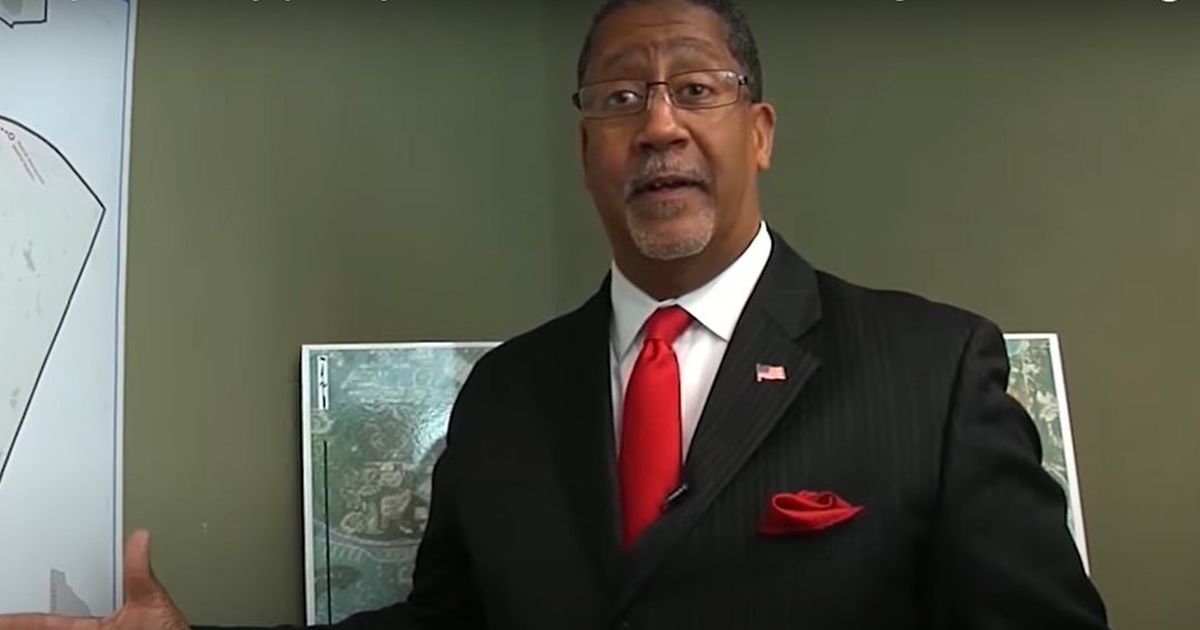 Stonecrest, Ga. is one of metro Atlanta’s newest cities. Sitting just east of Atlanta in DeKalb County, voters agreed to charter the new city in 2016. It’s home to a popular 2,500 nature preserve and a mall, from which the city took its name.

One of the men who spearheaded the efforts to create the city of Stonecrest and who served as the city’s first mayor is going to prison for 57 months. A court sentenced Jason Lary on Wednesday for stealing $650,000 in COVID-19 relief funds.

WSB Radio reports that Lary used COVID relief money to pay off his personal debts, and he gave grants to churches and small businesses with the stipulation that they would give some of the funds back to companies connected to him. For example, he gave his church $150,000 and asked the church to give $50,000 of it to one of his companies.

“Lary betrayed the trust placed in him by the citizens of Stonecrest by stealing the very funds meant to help his constituents weather the COVID-19 pandemic,” U.S. Attorney Ryan Buchanan said. “The people of Stonecrest deserved better, and corrupt officials can expect severe consequences for using their offices to commit crimes.”

As a grand jury and local television outlet Fox 5 began to investigate what was happening in Stonecrest, Lary denied any wrongdoing.

“Quite frankly folks, now it’s turned ugly,” he told reporters in April 2021. “There was never an interest on anybody’s part to kick back or filter money back or any of that nonsense.”


Related: Biden’s COVID Relief ‘The Biggest Fraud in a Generation’

Lary made sure things got ugly in a heated city council meeting in September 2021.

“You don’t recognize Mayor Pro Tem and council and just leave me standing there like I’m not in the meeting,” he said. “I will show you my hairy behind next time it happens and that’s the only warning I’m going to give with this.”

Lary also accused the city council of undermining him behind his back while he was undergoing treatment for prostate cancer.

“What the mayor said was unacceptable and does not represent city council,” replied Mayor Pro Tem George Turner.

The city council voted to censure Lary in the aftermath of those remarks.

After initially saying he would plead not guilty, Lary pleaded guilty to federal fraud charges on January 5, the same day his resignation took effect.

Following his sentencing on Wednesday, Lary apologized to his family and friend and to the city of Stonecrest, telling them, “I let us down.”

“It is extremely disheartening when an elected official, someone sworn to protect the community they serve, violates that oath by stealing relief funds intended to aid their community”, said Special Agent Keri Farley of the FBI’s Atlanta office. “This sentencing holds Lary accountable for abusing his position of trust and blatant disrespect for the law.”


The court ordered Lary to pay $120,000 in restitution, but he won’t have to report to prison until December after he has completed his cancer treatments.

Justice was served for Stonecrest, but that’s little comfort to the people who followed Lary’s lead in creating a new city or to the American taxpayers who footed the bill.

RedState LIVE! Is Happening Now: The Thing About AOC…