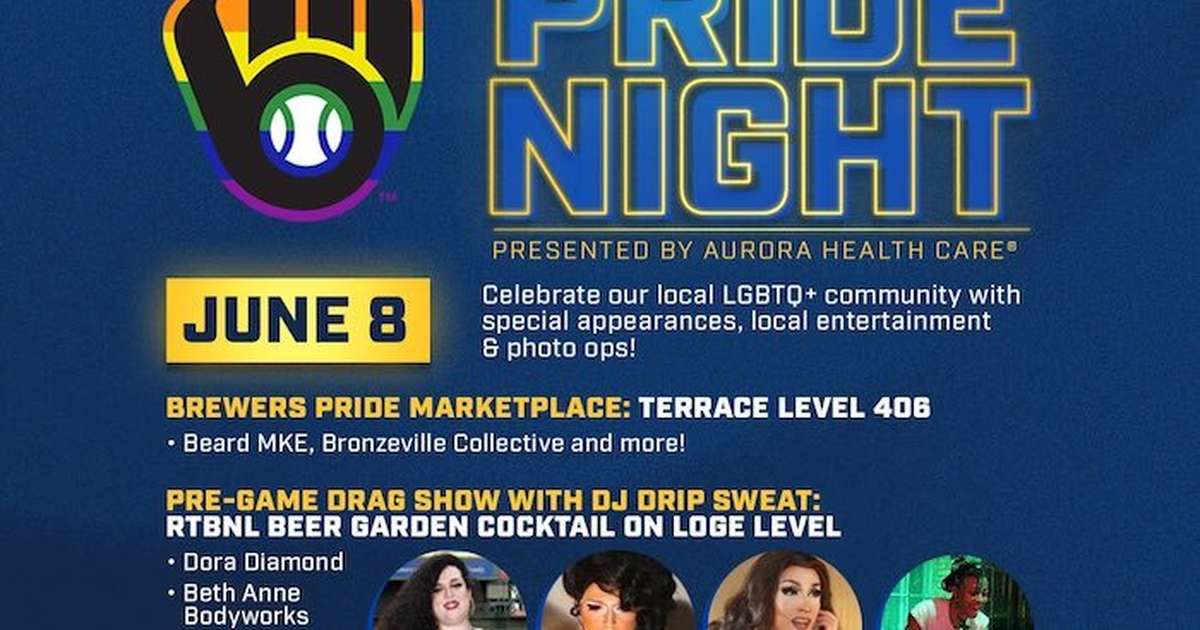 It’s Pride Month again, and that means corporations all over are busy virtue-signaling. In Milwaukee, the Brewers baseball team is getting into the spirit of the season by hosting Pride Night next Wednesday at their ballpark, a place whose name has taken on a new irony: American Family Field. The family fun Wednesday will include at least four drag queens, and hey, if they already strut their stuff on a routine basis in public libraries and elementary schools (and even Taco Bell), featuring them at baseball games at this late date just shows how hidebound and conservative the Grand Old Game is.

The first thing that Pride Night (no word yet on when the Brewers are hosting Anger Night, or Lust Night, or Sloth Night) at American Travesty of the Family Field is about, of course, is making money. Drag queens have never, to my knowledge, been big baseball fans, but now that we’re all woke and love the LGBTQ alphabet soup, the Brewers are clearly hoping to attract a new fan base that, if it doesn’t care anything about the game, can at least ogle the players. The economic motivation behind the event is underscored by the fact that the Brewers’ announcement of the event, which is intended to “celebrate our local LGBTQ+ community with special appearances, local entertainment and photo ops!” leads off the list of the night’s events with “Brewers Pride Marketplace.”

We’re celebrating our LGBTQ+ communities at the ballpark Wednesday, June 8.

The main event, however (well, apparently a baseball game is to be played, but even the Brewers themselves clearly aren’t putting any faith in the drawing power of that), is the “Pre-Game Drag Show with DJ Drip Sweat,” featuring four drag queens who are pictured on the flyer: “Dora Diamond,” “Beth Anne Bodyworks,” “Dita Von,” and “Marbella.” As if all that weren’t enough, then we get “RuPaul’s Drag Race Winner Jaida Essence Hall,” who will be found “at the Cream City Cocktail Bar before the game.” Wonderful. At least Jaida’s act will apparently be restricted to those who are 21 and up.

14th Amendment of the Constitution PDF


Indeed, the Brewers have obviously taken immense care to ensure that this whole affair will be family-friendly. Underscoring the wholesome character of this event is the fact that one of the featured performers, “Beth Anne Bodyworks,” recently posted a brief video on his Instagram account, showing a Trump supporter saying, “No one knows the amount of pain a baby feels being ripped up limb by limb during an abortion,” and then switching to “Beth Anne Bodyworks” himself gleefully kicking and stomping on a baby doll. Maybe he will reprise that act at American Anti-Family Field, to the delight of the assembled drag queen aficionados and Brewers brass who must be popping open the champagne now that they have secured their wokeness certification for the entire year.

Related: Taco Bell: Come for the Diarrhea, Stay for the Drag Show

But is anyone in Milwaukee Brewers management even the slightest bit concerned about the fact that a lot of young boys love baseball, and may be at this game? Evidently not, and that in itself is evidence of how quickly moral rot spreads in societies. Drag queens have been aggressively pushed upon young children for quite some time now, and with them even being sponsored by the New York City Department of Education to groom, uh, that is, entertain even the youngest children, Brewers officials have plenty of precedent they can cite if anyone is so bigoted and thirteenth-century to dare to suggest that this display isn’t appropriate for a ballgame.


Topping it all off, those who purchase a special ticket package will receive a Brewers Pride Backpack, which sports the Brewers logo outlined in rainbow colors, as well as rainbow-colored straps. It’s a fitting souvenir for those who attend this event, as it represents the further normalization of drag queens and the entire LGBTQ agenda, which has gone way, way beyond tolerance now into active recruitment of children. The Milwaukee Brewers are apparently just fine with that, and indeed, eager to get on board with the new moral imperative that is sweeping the nation.

Who knows how many young boys will attend this game and decide, after seeing them celebrated at school, at the library, and now at the ballpark, to become drag queens and embrace the entire gay lifestyle? Society will get more of what it celebrates and honors. And so imagine how our future nation of drag queens will react when America faces an existential enemy – not a fake one such as climate change, but a real one. And then imagine what the reaction might have been to this coming existential threat if the Milwaukee Brewers, and everyone else, had celebrated courage, honor, truth, and freedom instead.

Americas summit agenda takes shape, but who will show up? – The North State...

Making the Business Case for Diversity, Equity, and Inclusion