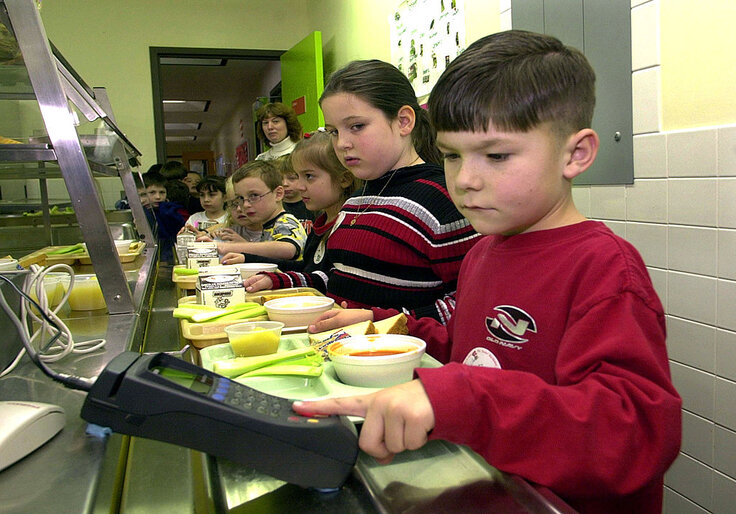 The Biden administration is requiring schools to comply with its LGBT policies or lose billions in federal funding for school lunches.

The U.S. Department of Agriculture’s Food and Nutrition Service announced in May it will prevent low-income students from participating in its National School Lunch Program if their public school does not adopt the administration’s interpretation of Title IX, which holds that the federal civil rights law’s provision against discrimination based on sex includes designations of sexual orientation and gender identity. The move was originally reported by The Center Square.

Critics of the administration’s decision said it could unnecessarily harm disadvantaged students. Christian K-12 schools that participate in the NSLP can apply for a religious exemption, but public and nonreligious private schools must follow the new rules or lose their funding.

“All people should be treated with dignity and respect, but it’s wrong for the federal government to take away free meals from economically disadvantaged students if their schools do not embrace radical gender ideology,” Greg Baylor, a senior counsel at the Alliance Defending Freedom, told the Washington Free Beacon.

The announcement builds on President Joe Biden’s Day One Executive Order on Preventing and Combating Discrimination on the Basis of Gender Identity or Sexual Orientation, which permits transgender students to use male or female bathrooms and play sports with either sex. Biden’s executive order drew on the Supreme Court’s ruling in Bostock v. Clayton County, which altered the meaning of “sex” in Title VII to include sexual orientation and gender identity.

The Biden administration will also force schools that receive funds from FNS to investigate accusations of sexual orientation and gender identity discrimination. Students at colleges and universities who reject the Biden administration’s definition of sex could also lose their Federal Student Aid.

“Any discrimination based on sexual orientation and gender identity in FNS programs will be handled as sex discrimination,” a USDA spokeswoman told the Free Beacon.

Baylor suspects most public schools will comply with the new interpretation as they heavily rely on federal funding. He encouraged parents to submit their concerns to the Department of Education, which is expected to issue new Title IX protections soon that could permit transgender individuals to access sex-segregated spaces.

Do You Buy That … Emmanuel Macron Is The Favorite To Win The French Presidential Election?

Jonathan Butcher, a fellow in education at the Heritage Foundation, said the Biden administration’s interpretation of Title IX would also prohibit schools from informing parents of their child’s decision to assume a different gender.

“It is a parent’s right to know what their children are doing or what sort of health services or even counseling services are being provided to their children in a school setting,” Butcher said.

“The notion that schools will not receive funding for student meals if they refuse to let biological males use the girls’ bathroom and compete against girls in athletics is so preposterous, it sounds like parody,” Sanzi said.