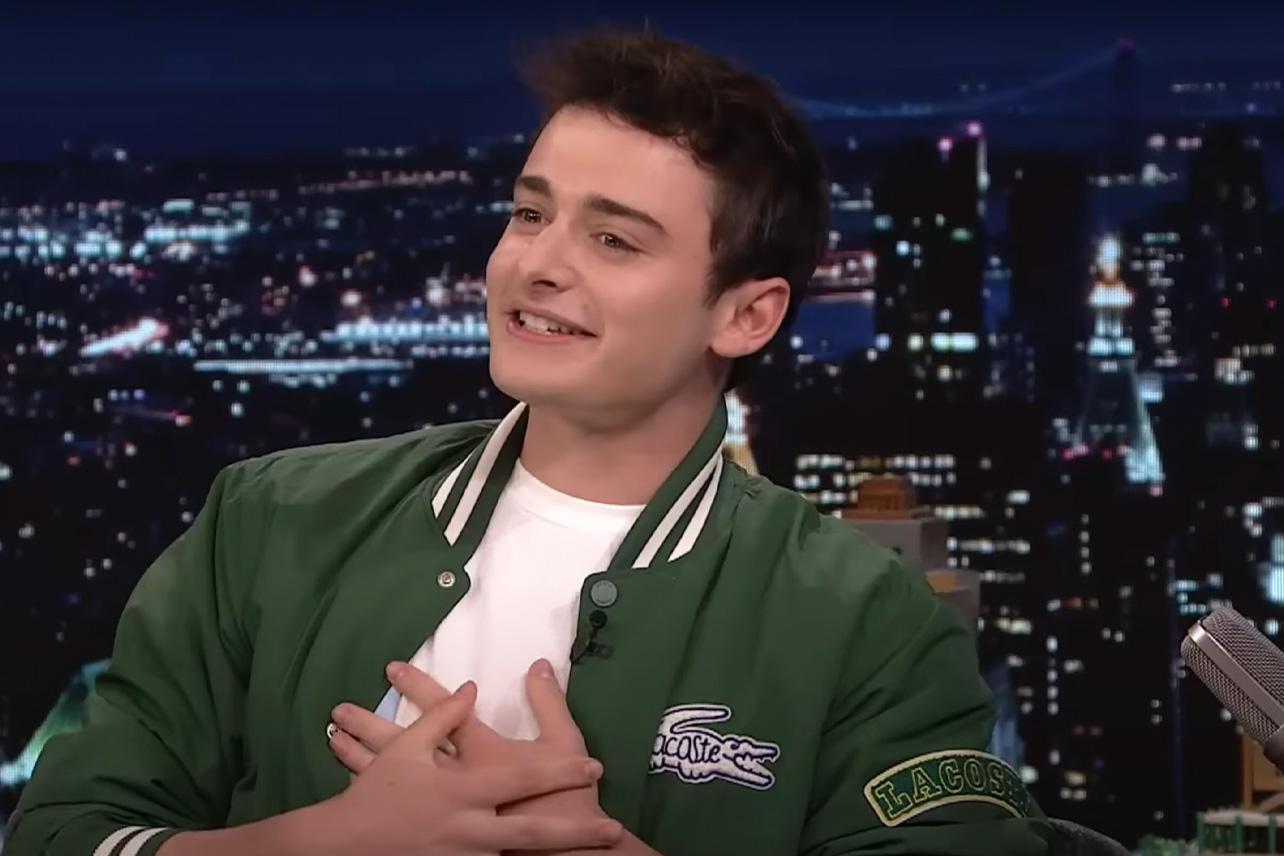 Stranger Things fans still have to hold out for a couple more weeks for new episodes, but series star Noah Schnapp let slip what’s in store when Season 4, Vol. 2 lands on Netflix next month. During a Thursday appearance on The Tonight Show with Jimmy Fallon, Schnapp dropped a few spoilers, much to the delight of the late night host.

While chatting about his reputation for giving away Stranger Things teasers, Schnapp admitted he accidentally posted a light spoiler on social media that very day, telling Jimmy Fallon, “I posted stuff on my Instagram and of, like, an explosion or something and it’s from the second volume and people were like, ‘Are you— is this a spoiler?’ And I was, like, ‘Oh my God, I’m going to get in trouble.’ So I literally just took it down.”

Fallon, who said he’s had “the whole cast” of Stranger Things on his show by now, joked that Schnapp’s costars call him “the Tom Holland of Stranger Things,” because of his reputation for spoiling “everything” and giving away “all the secrets.”

Holland has earned his own status as a spoiler after revealing plot points for his Spider-Man films, and is even the subject of multiple YouTube compilations entirely made up of his spoilers.

“Yeah, it’s not the greatest title to have,” Schnapp admitted. “No offense to Tom Holland. But I own it, and the fans love getting those spoilers.” Interesting … we now have a new theory about who was behind that Monopoly game leak last month.

Fallon laughed, telling his guest fans don’t like getting the show spoiled, while Schnapp insisted, “they beg me for it!” before getting confirmation from a cheering audience.

Later in his interview, Schnapp shared some details about what’s to come in Volume 2, but kept from spilling the specifics: “You can expect from Volume 2, we’ve got some deaths coming, some gore, and a big—” Schnapp teased, before Fallon cut in to say, “Wow, that’s a big spoiler. Dude, you just said something that you can’t say!”

The Stranger Things star defended himself, replying, “No, but I didn’t say who.”

While Fallon countered that “there’s not that many people to choose from” who could die in the second half of Season 4, Schnapp said, “Well, you guys can assume that, obviously, somebody’s going to…”

But Fallon had a lighter take on the show: “No, we don’t assume that! We just think you’re gonna go to the mall and hang out and chill.”

Stranger Things Seasons 1-4 are now streaming on Netflix. Watch Schnapp’s full interview with Fallon in the video above.

Who Made the American Flag?