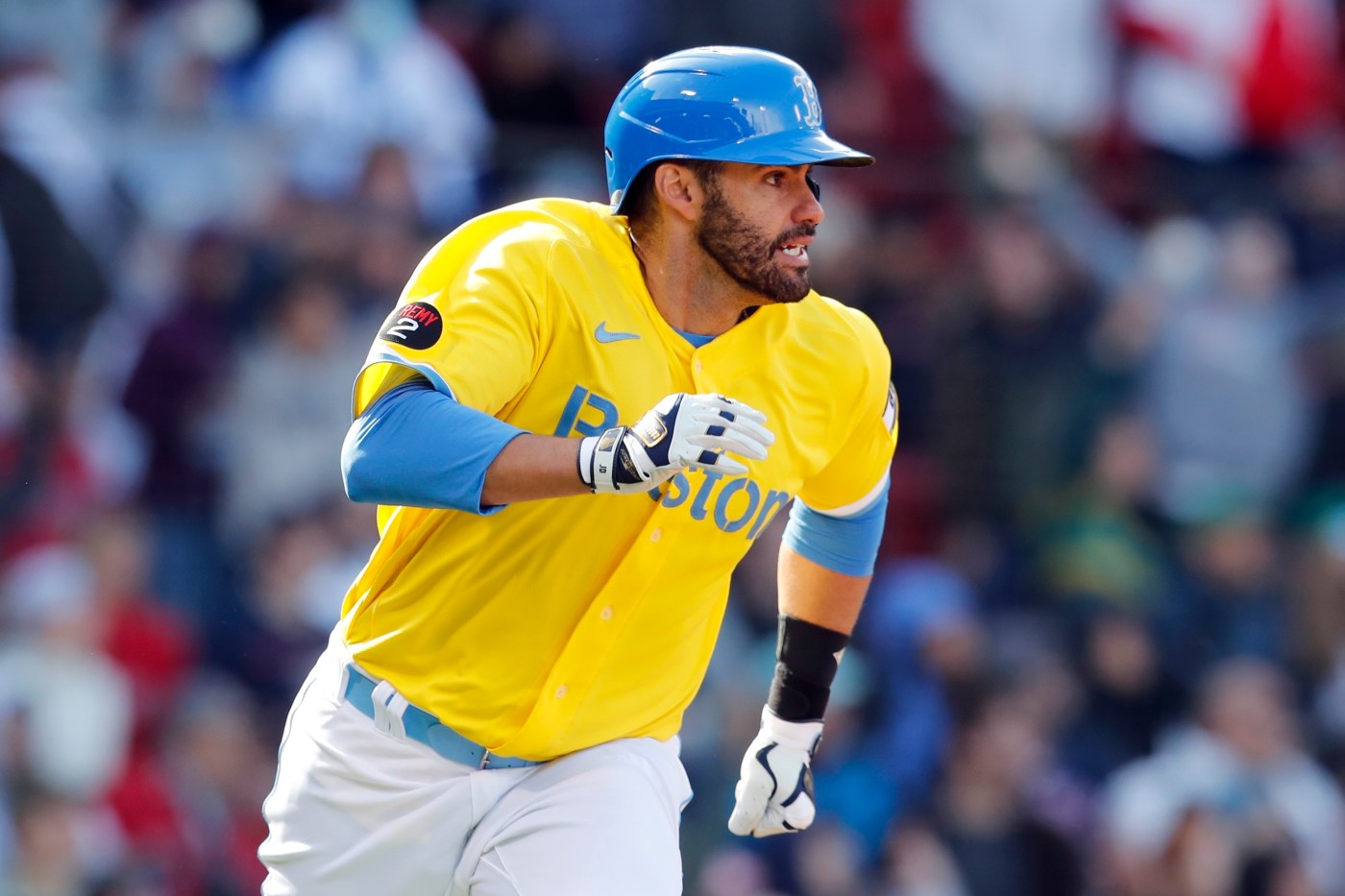 There are two months down and four to go, but J.D. Martinez’s scorching-hot month of May has kept his batting average hovering around .380, a mark that no qualified big leaguer has touched since Gwynn did it with the 1994 Padres.

“We joke with him, he’s Ichiro right now,” manager Alex Cora said. “A lot of singles.”

He has just five homers in 173 plate appearances, but his 35% line drive rate is the highest of his career.

“I think the way they’re pitching him too, he’s not getting greedy,” Cora said. “He’s just staying with his swing. He’s hitting the ball hard. Those line drives in the gap are going to become homers in a few weeks.”

Despite a career .292 average, Martinez has never won a batting title. But Cora is seeing a different player this year, as home runs across the league are down about 20% and Martinez entered Monday with his lowest home run rate (2.9% of his plate appearances) since 2013, when the Houston Astros infamously released him.

“He’s not deviating from what he wants to accomplish,” Cora said. “What he wants to do is put a quality at-bat every single time. Even against (position player Josh) Harrison the other day, he was upset he swung under it instead of on top of it. He gets on top of it, the ball probably goes out of the ballpark.

“He’s controlling the zone better now than in the past. He’s taking his walks. There are certain times, I think the first long hitting streak, at one point it was 12 games, and it was like 12 games with no walks. I think now he’s taking shots in the zone and if it’s not there he takes his walks, which is great.”

Despite the lack of power, Martinez’s 1.028 OPS and 189 OPS-plus currently rank as career-highs, albeit with 2/3 of the season yet to go.

Nearly 50% of the balls Martinez has put into play this year have turned into hits. His .482 batting average on balls in play is astronomically high, usually an indication that a player is over-performing. His career BABIP is .346, and he’s never had a BABIP higher than .389.

He’s actually not hitting the ball as hard this year as he usually does, but Martinez’s ability to barrel the baseball and hit line drives has never been better.

The Sox will happily take this production out of Martinez, even if he’s on pace to hit just 16 home runs. Before Ichiro in 2004, there hasn’t been a player who hit .370 with as few as 16 homers since Gwynn in ‘94.

It’s a stretch to compare Martinez to Gwynn or Ichiro just two months into the season, but that’s why Cora said it’s only a joke.