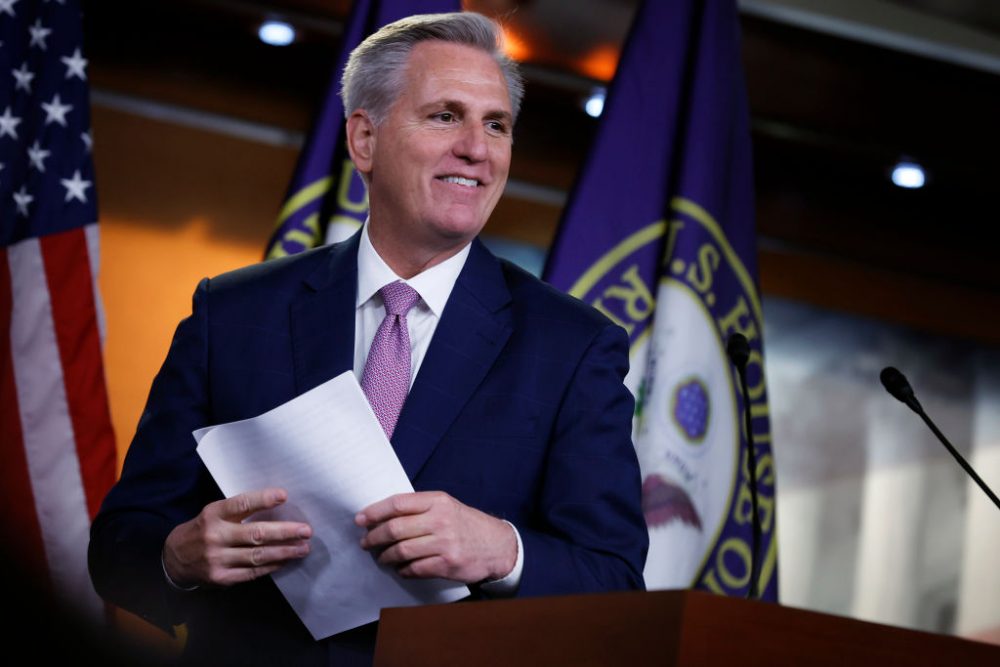 In January, FiveThirtyEight published a story with the headline, “Some Early Clues About How the Midterms Will Go.” The authors, Alex Samuels and Nathaniel Rakich, named four things to watch during the election year: President Biden’s job approval, the congressional generic ballot, special election results, and individual election polls. Six months later, all signs point to a great night for Republicans in November. With one asterisk.

Let’s look at some numbers.

Job Approval. This week Biden dropped below 40 percent approval in both the FiveThirtyEight and RealClearPolitics averages of polls. His net approval is -14 points in both averages.

Take a moment to consider how terrible that is. According to the Gallup poll, at this point in earlier midterm cycles, Donald Trump was at -5 net approval, Barack Obama was at +2, and Bill Clinton was at +5. All three presidents went on to lose the House of Representatives. Clinton lost the Senate as well.

Biden is much worse off than his immediate predecessors. “No president with an underwater net approval rating since World War II has ever lost fewer seats than Obama’s 13 in 2014,” wrote Samuels and Rakich. At this writing, Republicans only need to net nine seats to win the House.

Negative job approval is a sure sign of impending defeat. And it will take a miracle for Biden’s standing to improve before Election Day.

Congressional Generic Ballot. Since the beginning of the year, Republicans have led Democrats in both the FiveThirtyEight and RealClearPolitics averages of the congressional generic ballot. That lead is small—about 3 points—but stable.

And it may underestimate the Republican advantage. Most pollsters are still conducting surveys of registered voters, who tend to lean more Democratic than the electorate that shows up to vote in November. Plus, Samuels and Rakich wrote, “Generic-ballot polling has historically tended to get worse for the president’s party as the cycle wears on.”

Absent a deus ex machina in which a winged chariot is sent from the heavens to lower gas prices, end the war in Ukraine, lock up violent criminals, and secure the southern border, House Democrats are doomed.

Special Elections. On June 14, Republican Mayra Flores trounced Democrat Dan Sanchez in a majority Hispanic congressional district on the Mexican border. Her victory wasn’t just evidence that the Hispanic vote is migrating to the GOP. It also supports the case for a Republican wave.

“If a party consistently outperforms its typical margins in these irregularly scheduled elections—like Democrats did in 2017 and early 2018—it is usually a sign that the political environment is leaning in its direction,” Rakich wrote in April.

The most recent margin in Texas’s 34th Congressional District was 5 points for the Democrats. Flores beat Sanchez by 8 points. That’s a 13-point swing toward the Republican Party. And the Texas special election followed similar elections in California and Alaska where Republicans also over-performed.

When he wrote about special elections in April, Rakich warned that there wasn’t enough data to identify a trend. Well, to quote another election-watcher, I’ve seen enough. The results of special elections are in line with a Republican triumph on November 8.

Here’s the asterisk. Republicans need only a single pickup to win control of the Senate. But Republican Senate candidates are struggling.

The Republican candidates who are ahead aren’t ahead by much. The most recent poll in Ohio has Republican J.D. Vance leading Democrat Tim Ryan by 3 points. The latest poll in Georgia has Republican Herschel Walker tied with Democrat senator Raphael Warnock.

Now it’s entirely possible that Republican Senate candidates will gain as they become better known, define their opponents, and benefit from the backlash against President Biden. It’s entirely possible the polls are off and that, as happened in Tom Cotton’s race in 2014, single-digit polling leads will turn into big wins on Election Day.

Still, the Republican Senate team in 2022 isn’t as strong as it was eight years ago. The roster this year looks more like it did in 2010 and 2012. And those seasons were disappointing.

No one wants to relive the frustration and fury of 2011 through 2015, when Republicans controlled only the House of Representatives. GOP Senate candidates need to recognize, quickly, that elections are won not in Mar-a-Lago but in the suburbs, as they surf the red wave headed toward Washington.

Dog chased by gorillas after wandering into zoo enclosure