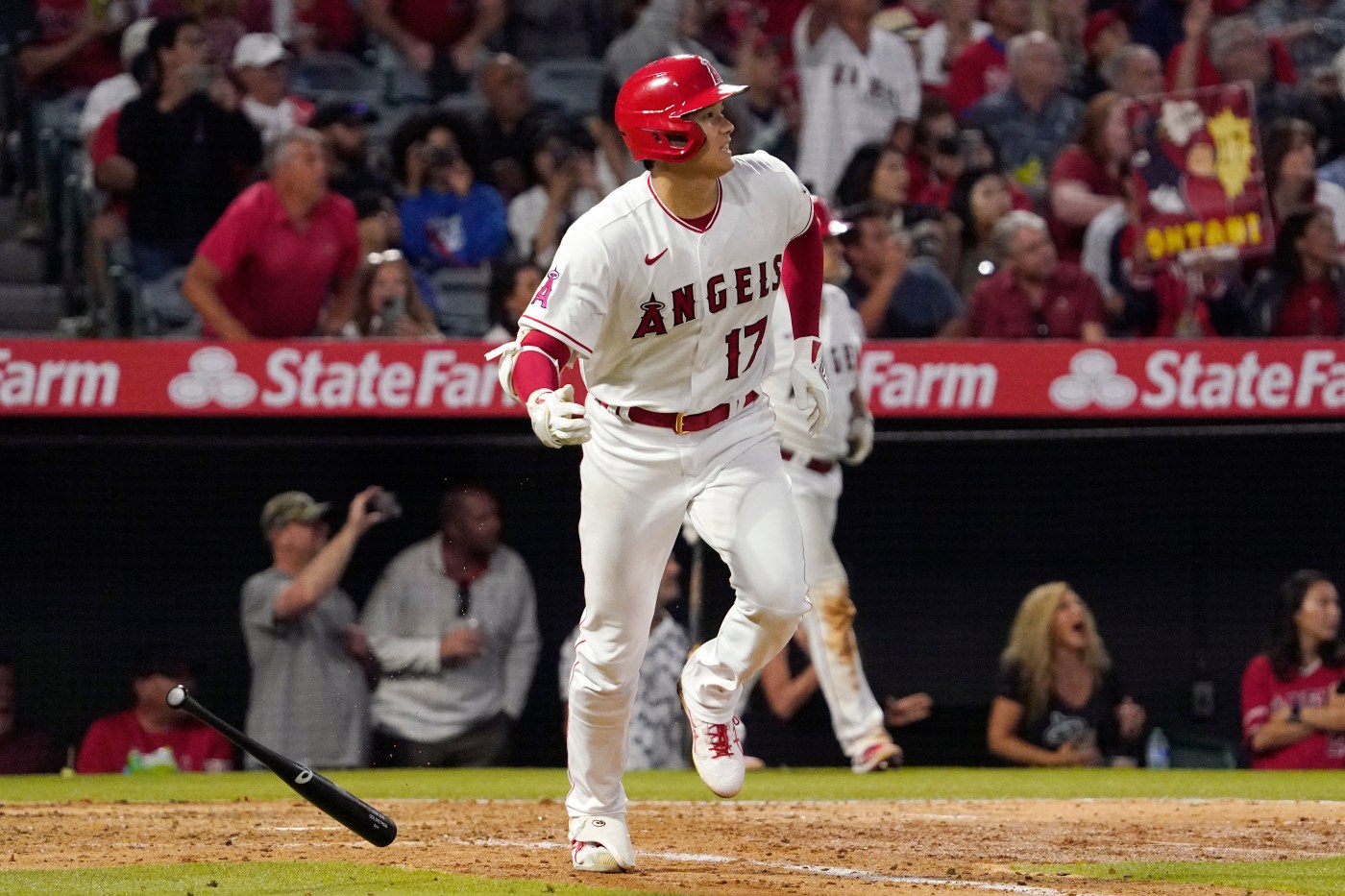 On May 5 at Fenway Park, Shohei Ohtani beat the Red Sox with his arm.

On Thursday night, the Angels’ two-way superstar beat the Sox again – this time with both his arm and his bat.

Though the Red Sox and Angels have gone in dramatically different directions since their series in early May, Ohtani’s dominance of Boston remained a constant in the Red Sox’ 5-2 loss in Anaheim as they couldn’t complete a four-game sweep.

It handed the Sox (30-28) their first loss of June as their seven-game winning streak was snapped, while the reeling Angels – who had lost a franchise record 14 games in a row – won their first game since May 24.

The Red Sox were ready for their second chance against Ohtani after he produced an historic outing last month at Fenway, where he tossed seven shutout innings and generated an absurd 29 swings and misses. They’ve emerged as one of the best offenses in baseball since. But even after struggling recently, Ohtani silenced the Sox again.

It didn’t help that Xander Bogaerts and Trevor Story both didn’t play, given rest nights during a long West Coast road trip. But maybe it wouldn’t have mattered. Ohtani was terrific again over seven innings in which he gave up one run and produced 18 swings and misses.

Ohtani’s unique talent was on full display Thursday night. One of his six strikeouts included an impressive punchout of Rafael Devers, who swung and missed at a 101 mph fastball to end the third inning, the fastest pitch Ohtani has thrown this season.

Shortly after, Ohtani took care of himself on the mound with his own bat. He outdueled Nick Pivetta – who continued his great run with a season-high 11 strikeouts over five innings – by beating him by himself in the fifth. Trailing 1-0 with a runner on, Ohtani crushed Pivetta’s fastball offering up in the zone to left center for a go-ahead, two-run homer. It traveled 394 feet and was a no-doubter.

Re-Envisioning State Cyber Response Capabilities: The Role of Volunteers in Strengthening our Systems

“I think he was great in Boston, today was good,” Red Sox manager Alex Cora told reporters in Anaheim. “Obviously to see him hit a home run and going out there for seven innings, that’s impressive, and that’s why I keep saying he’s the best athlete in the world. Because to compete at this level on the mound and at the plate, the way he does, it’s eye-opening. It’s unreal.”

2. Bullpen coughs one up

The Red Sox’ bullpen has been on a good run of late, highlighted by protecting a 1-0 win on Wednesday. But the theme didn’t continue on Thursday.

Pivetta ran out of gas in the sixth inning, when he issued back-to-back walks to Jo Adell and Dillon Thomas to lead off the inning. That forced Cora to make a change as the manager went to Hirokazu Sawamura in a tough spot despite the fact he hasn’t been in many high-leverage situations this season.

It didn’t work. Sawamura forced his first batter, Jack Mayfield, into a fielder’s choice before striking out Tyler Wade, but he couldn’t get out of the inning against No. 9 hitter Andrew Velazquez, who made the pitcher pay for one pitch. The utility player, who entered the night batting .178 with a .480 OPS, belted Sawamura’s 1-2 fastball that was right in his wheelhouse and belted it into the right-field seats for a decisive three-run homer.

“I think it came down to the two walks to lead off the sixth inning, kind of screwed everything up,” Pivetta told reporters in Anaheim. “Uncompetitive, not good.”

It proved to be the difference. The Red Sox got one run back in the eighth but Velazquez’s blast made their deficit too much to overcome.

3. Franchy squeezes out a run

Franchy Cordero has been slumping a bit at the plate, now 3 for his last 32 while seeing his OPS fall from .825 to .685. But the outfielder/first baseman’s much improved plate discipline was on display again Thursday and it ultimately helped the Red Sox take an early lead.

Cordero worked an impressive walk against Ohtani to lead off the fifth as he laid off a number of borderline pitches inside, some of which he would probably swing and miss at this point last season. It paid dividends. Jackie Bradley Jr. followed with a first-pitch single to move him to second before Cordero showed off his wheels, taking off for third on a passed ball by Max Stassi. One pitch later, Bobby Dalbec lifted a sacrifice fly – his third RBI in as many games – for the Sox’ early advantage.

Despite a slow offensive night, there were some good signs. Alex Verdugo continued his hot stretch with a 2-for-4 night, including his 14th double of the season in the second – though he was eventually thrown out at home in the inning. The left fielder is hitting .387 with a .973 OPS in eight games to begin June.

States are slow to make Juneteenth a paid holiday : NPR

Current Events: Let Your Votes Channel Your Anger and Despair About the Roe v....