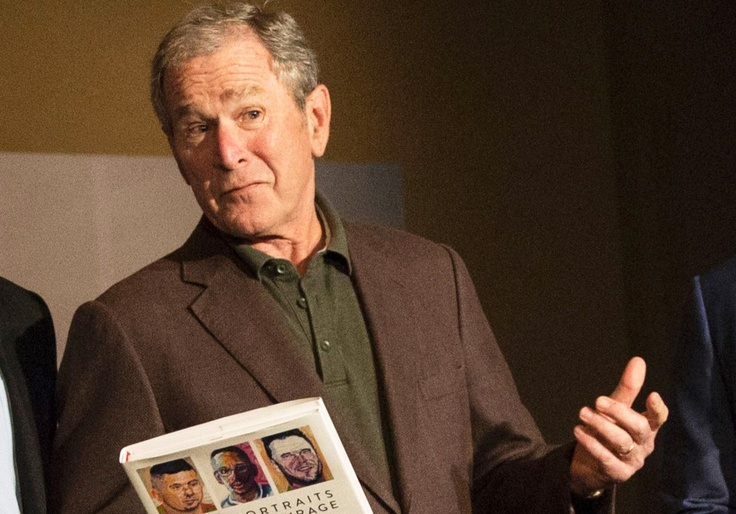 An Islamic State operative plotted to assassinate former president George W. Bush at his home in Dallas by smuggling assassins across the Mexican border, according to an FBI search warrant application obtained by Forbes.

The FBI alleged in the application that Shihab Ahmed Shihab Shihab, an Iraqi national residing in Columbus, Ohio, planned to sneak four terrorists across the border to kill Bush. The suspect, who filmed the former president’s house in November in order to plot his assassination, was charged in federal court on Tuesday with aiding and abetting attempted murder, according to the Department of Justice.

The FBI said it uncovered the plan through the work of two confidential informants and surveillance of the alleged plotter’s account on the WhatsApp messaging platform. According to the warrant application, the suspect said he wanted to assassinate Bush in retaliation for the 2003 U.S. invasion of Iraq.

Shihab said he planned to bring four Iraqi ISIS operatives located in Iraq, Turkey, Egypt, and Denmark into the United States, one of whom he claimed was “the secretary of an ISIS financial minister,” according to the warrant application. His scheme allegedly involved acquiring Mexican visitor visas for the assassins in order to get them across the border.

Shihab claimed he belonged to a terrorist unit called Al-Raed, led by a former Iraqi pilot for Saddam Hussein, the warrant application said. According to a conversation detailed in the warrant, Shihab’s job was “to locate and conduct surveillance on former president Bush’s residences and/or offices and obtain firearms and vehicles to use in the assassination.”

Two law enforcement officials maintained that Bush’s safety was never threatened, and a representative for Bush told Forbes the former president has “all the confidence in the world in the United States Secret Service and our law enforcement and intelligence communities.”

Seamus Hughes, an expert on extremism and counterterrorism at George Washington University, told Forbes the United States has not seen a plot of this scale in years.

“It shows that while domestic terrorism rightly takes a good amount of counterterrorism focus, the threats are not there alone,” Hughes said.

3-2-1! The MimioSTEM Mobile is Ready for Launch!