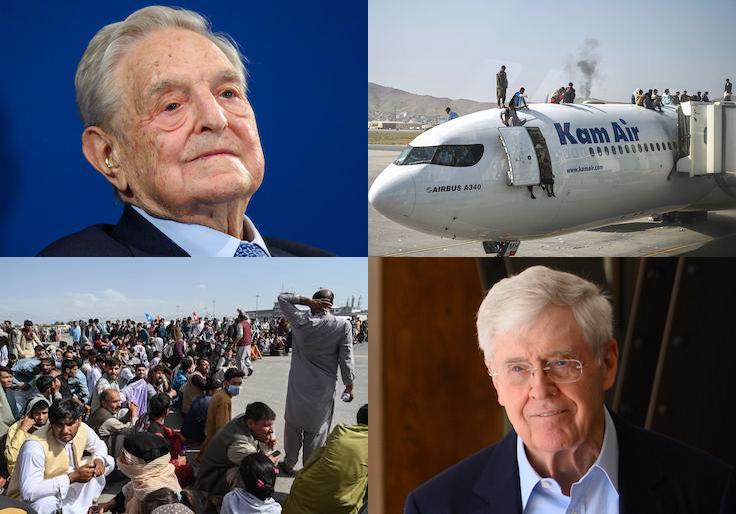 A few years ago, the Koch brothers and George Soros had a dream. What if the anti-war left joined forces with the isolationist right and worked together to bring U.S. foreign policy back to the 1930s?

From this unholy alliance sprung the Quincy Institute for Responsible Statecraft. The mission: make America neutral again. Finally appeasers in Washington had a safe space to apologize for Russian oligarchs, Iranian terrorists, and Chinese communists.

Well, all good things must come to an end.

An all-star in the Koch-Soros foreign policy alliance, Joseph Cirincione, announced on Thursday his resignation from the Quincy Institute: “They excuse Russia’s military threats and actions because they believe that they have been provoked by U.S. policies,” he told Politico.

Cirincione is not just some disgruntled scholar. He is the former president of Ploughshares, a grant-making organization that was not just a recipient of the Soros organization’s politicized philanthropy, but a gatekeeper and driver of it—deciding which pinkos would prosper and which would starve. Mother Jones reports that Cirincione helped connect Quincy to major donors in its early days.

His change of heart on Quincy is surely a weathervane for other elements of the Soros network. Indeed, Soros himself has been signaling in the last year that he favors a much tougher policy on China than the one offered up by the Quincy crowd, which released a major study in June that found the Chinese military build up was nothing to worry about and has warned of the perils of “threat inflation” when it comes to China’s military expansion.

Soros, by contrast, came very close to endorsing regime change. “It is to be hoped that Xi Jinping may be replaced by someone less repressive at home and more peaceful abroad,” he told an audience at the Hoover Institution in January, calling Xi “the greatest threat that open societies face today.”

Trita Parsi, a co-founder and executive vice president of Quincy, as well as somebody who could be confused for an Iranian agent—at least according to a federal judge—told Mother Jones he’s bewildered that Cirincione would suggest the think tank was avoiding criticism of Russia. But he acknowledges that Quincy is “not going along with the idea that it’s a good thing to change the objectives in Ukraine towards weakening Russia, because we believe that could lead to endless war.”

As the Quincy Institute demonstrated so spectacularly in Afghanistan, one sure fire way to end endless war is to lose the war quickly and all at once.

As for the interpersonal drama that we assume is engulfing the Quincy Institute, and the enmity growing between teams Koch and Soros—may that war truly be endless.

Ken Olin suggests fathers be financially responsible from conception in states where abortion is...