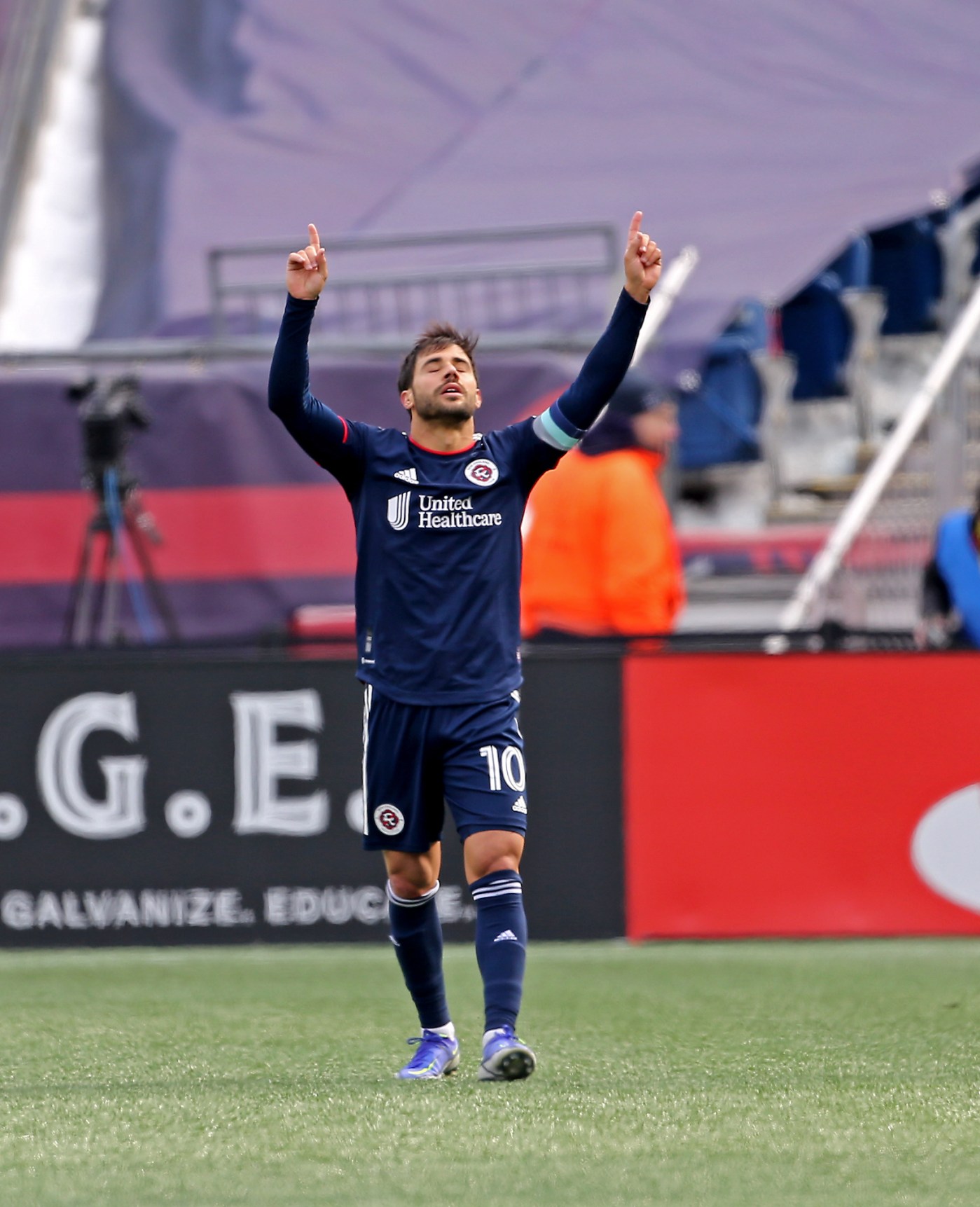 The Revolution have an opportunity to extend their unbeaten streak into record territory and gain a measure of revenge in the process.

The Revolution will need their strongest effort of the unbeaten streak when they engage reigning MLS Cup champion New York City FC (8-4-5) on Saturday afternoon (1 p.m.) at Yankee Stadium. NYCFC is currently in fourth place in the Eastern Conference while the Revolution are in seventh.

“I think we are in a very good moment with 10 games without a loss,” said Revolution captain Carles Gil, the league MVP a year ago. “Obviously, we want to have more wins than what we have but we are in a good moment.

“Now we go to New York, a very good team, one of the best teams in the league and a really difficult game. But for sure, we have our chances to get the three points.”

The Revs captured their first Supporters’ Shield in 2021, setting the MLS record for points (73) while equaling the mark for wins (22) in a season since the elimination of the shootout.

With head coach Bruce Arena working the levers, it appeared the Revolution, an original league franchise, were destined to win their first MLS Cup.

But a funny thing happened on the way to the coronation. The Revolution were upset in the Eastern Conference semifinals by NYCFC on Nov. 30 at Gillette Stadium.

The game ended tied 1-1 in regulation and both teams scored in extra time. NYCFC beat the Revolution 5-3 in the shootout and went on to win the MLS championship. The Revs are 9-6-4 against NYCFC overall and were 2-1-0 during the 2021 regular season.

“We’ve beat them sometimes, but of course we don’t forget that game,” said Gil. “It was a difficult moment in a big game for us after the big season.

“But yes, that can happen against this team because they are a top team in the league with very good players, top players. So, it will be a big challenge for us.”

The pitch at Yankee Stadium runs across the outfield from the warning track in left/center field to the home dugout with a length of 110 yards and a width of 70 yards.

NYCFC plays on the smallest pitch in MLS and that, in addition to a boisterous fan base, presents a logistical home field advantage. The Revolution play a possession/passing scheme that allows them to break down a team’s defensive structure by spreading it out. For Gil, the House of Pinstripes on 161st Street in the Bronx is just another big challenge to overcome on a small pitch.

“Yes, it is a difficult stadium and it’s a little bit different,” said Gil. “So yeah, we try to train, to do something like stretch a little bit on the pitch and on Saturday in the warmup to try and be ready for this.”