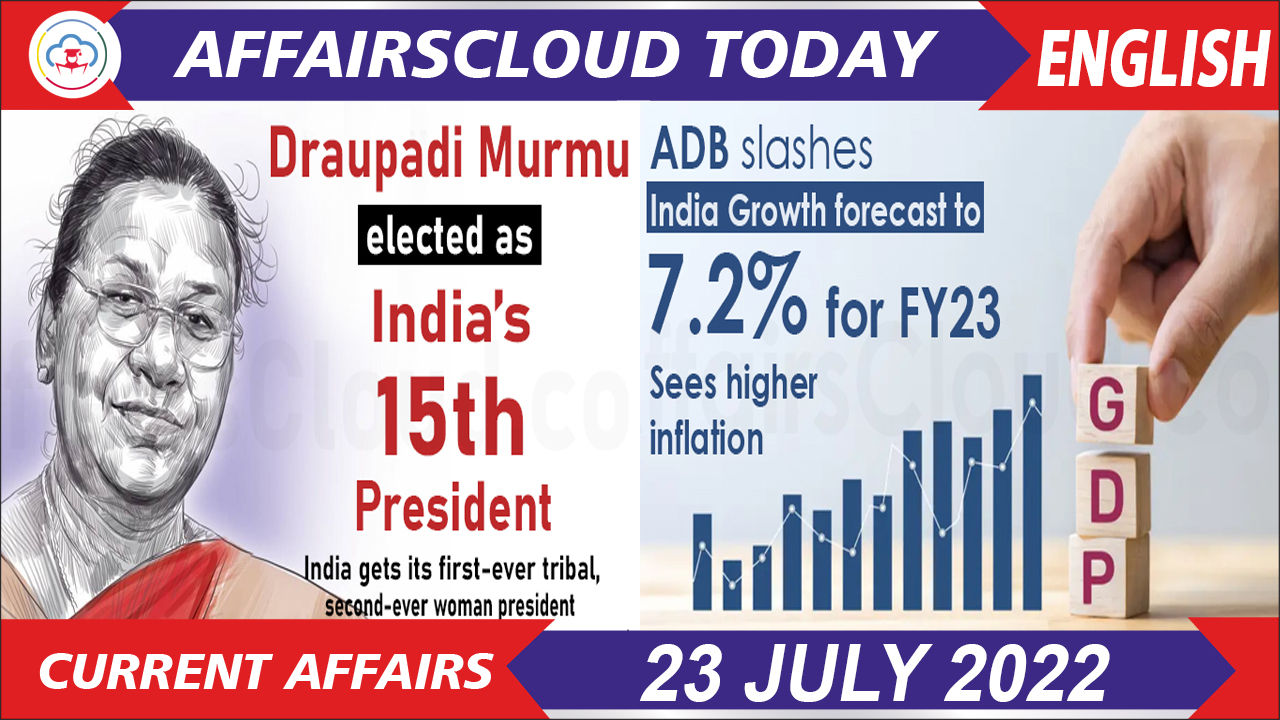 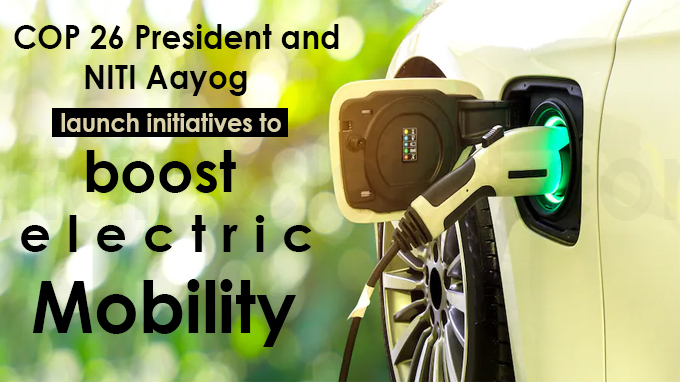 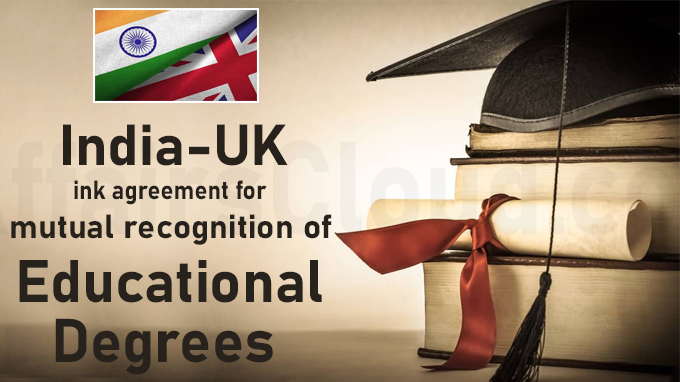 On July 21, 2022, India and the United Kingdom (UK) inked a pact for Mutual Recognition of Educational Degrees including maritime education and a Framework agreement on the health care workforce.

Key points:
i.Under this pact, UK degrees will be recognized as equivalent to Indian degrees. One can take a degree there (in the UK) and will be eligible for employment in India.

ii.Under this, Indian senior secondary school or pre-university certificates will also be considered for entry into UK’s higher education institutions, enabling mobility of students.
iii.This decision is in sync with a 10-year-roadmap to significantly expand overall bilateral ties, and a part of the UK-India Enhanced Trade Partnership (ETP) agreed by Prime Minister Boris Johnson and Prime Minister Narendra Modi in March 2021.
iv.India will negotiate for recognition of professional degrees in the UK in the free trade agreement, which will be concluded by August 31.
MoU on Maritime Education Qualification
It was signed by Amitabh Kumar, director general of shipping, to pave the way for the two governments to mutually recognise the certificates of maritime education and training, competency and endorsements of seafarers issued by each other.
Framework Agreement on Healthcare Workforce
It was signed by V Hekali Zhimomi, joint secretary, Ministry of Health and Family Welfare, which includes cooperation on Nursing and Allied Health Professionals (AHPs), training of healthcare professionals and measures to bridge the skill gap. 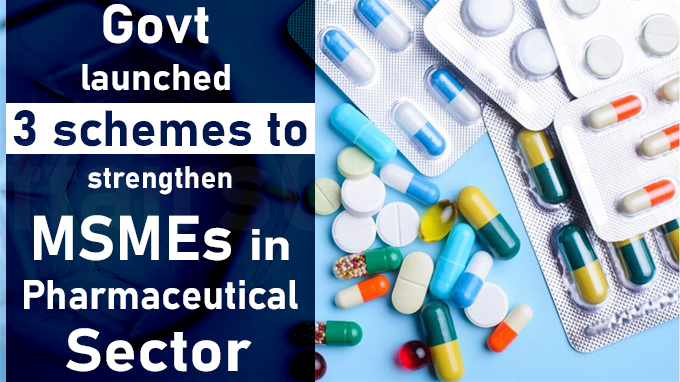 On 21st July 2022 state-run NTPC has signed a Statement of Intent (SoI) with National Institute for Transforming India (NITI) Aayog to develop a net zero greenhouse gas (GHG) emissions roadmap for NTPC.
Under the SoI,

NTPC efforts in carbon reduction:
i.NTPC is expanding its footprint in areas like green hydrogen, waste-to-energy and e-mobility and it also aims for a 10 percent reduction in net energy intensity by 2032. India and Bangladesh signed an agreement for the time and place-specific joint operations and patrolling to curb trans-border crimes and strengthen mutual trust and harmony among the border forces on both sides at the 52nd Director-General level Border Conference which was held in Dhaka, Bangladesh.

About the Conference:
i.The 52nd DG  level Border Conference is a 5-day conference that was held from 17th July 2022 to 21st July 2022 between BSF, India and BGB, Bangladesh.
ii.The Indian delegation was led by BSF DG, Pankaj Kumar Singh and the Bangladesh delegation was headed by BGB DG, Major General Shakil Ahmed.
iii.DG-level talks between India and Bangladesh are held twice every year (once in India and once in Bangladesh). The next DG-level conference will be held in India preferably in November 2022.
Note – The 51st DG Level Border coordination conference was held in December 2021 in Guwahati, Assam.
Highlights:
i.BSF and BGB have highlighted the importance of the Coordinated Border Management Plan (CBMP) for curbing smuggling, such as narcotics (especially YABA tablets), firearms, fake Indian rupee notes and gold.
ii.They have also agreed to undertake joint efforts for bringing down the number of incidents of assault and border crime.

iii.Under the approval of the Joint River Commission, both sides also agreed to facilitate river bank protection works along the common bordering rivers.

iv.They also agreed to follow the laid down procedure and geographic or demographic realities on the ground while erecting Single Row Fence. 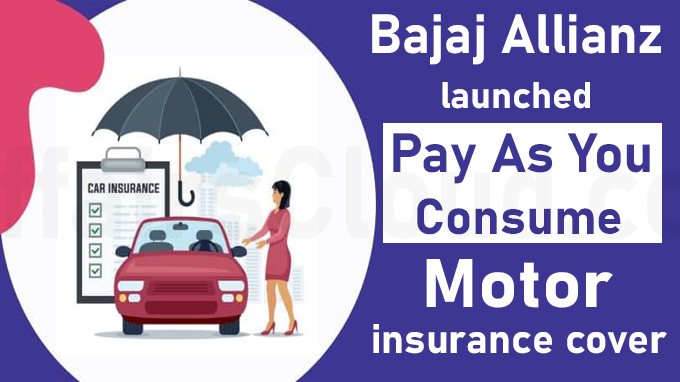 Highlights:
i.Customers can now choose the insurance coverage based on their vehicle usage (kilometres covered) for which the premium will be calculated.

ii.The customers driving behaviour is analysed based on the telematics device installed in the vehicle, driving metrics recorded on their ‘Caringly Yours’ mobile application or through the information provided by the customers, etc,. 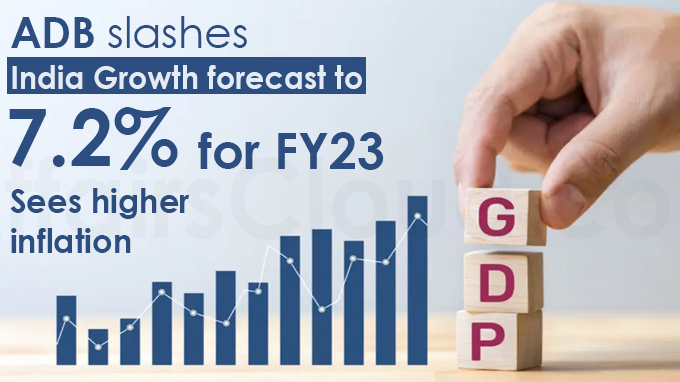 i.On July 21, 2022, the Asian Development Bank (ADB) in its ‘Asian Development Outlook (ADO) Supplement, July 2022’ has downgraded its economic growth forecast for India to 7.2% for 2022-23 (FY23) from 7.5% amid higher-than-expected inflation and monetary tightening.
ii.For FY24 also, it lowered the GDP (Gross Domestic Product) growth estimate to 7.8% from the 8% estimated earlier.
iii.Meanwhile, the inflation forecast for India increased to 6.7% from the 5.8% estimated earlier for FY22, and inflation projection for FY23 is raised from 5% to 5.8%.
iv.The Federation of Indian Chambers of Commerce and Industry (FICCI) in its latest round of Economic Outlook Survey (July 2022)/ Quarterly Survey projected Indian annual median GDP growth forecast at 7% in FY23, lower than a previous estimate of 7.4% in April 2022.
About Asian Development Bank (ADB):
Establishment– 1966
President– Masatsugu Asakawa
Members– 68 Nations (49 are from within Asia and the Pacific and 19 outside)
Headquarters– Mandaluyong City, Metro Manila, Philippines
>> Read Full News 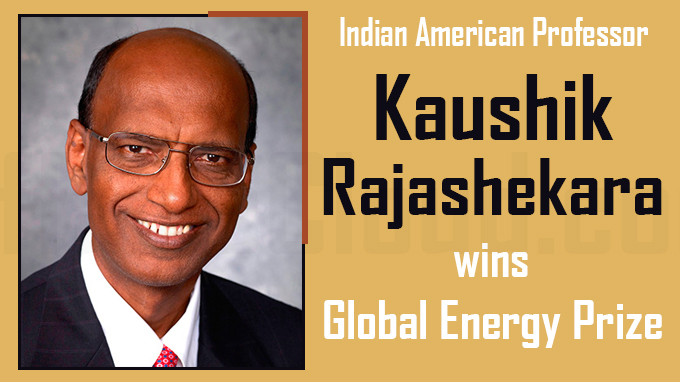 Highlights:
i.Only three people in the world were selected by the Global Energy Association, out of a record 119 nominations from 43 countries.
ii.The laureates were selected by the international committee of scientists from 11 countries: the United States, Italy, China, Hungary, India, Japan, Singapore, South Africa, Switzerland, the United Arab Emirates (UAE) and South Korea.
About Kaushik Rajashekara:
i.He has been working as the  Professor of engineering at the University of Houston since 2016.
ii.He has published more than 250 articles in international journals and has 36 US patents and 15 foreign patents.
iii.He works for the development of power plants for electric, hybrid and fuel cell vehicles; electric and hybrid electric aircraft systems; hybrid flying vehicles and electric vertical takeoff and landing (eVTOL) vehicles. Droupadi Murmu, a former Governor of Jharkhand and candidate for the National Democratic Alliance (NDA), is elected as India’s 15th President in the 16th Presidential Election of 2022. She is the second woman to hold the Constitutional Post after Pratibha Patel. About Dinesh Gunawardena:
i.Dinesh Chandra Rupasinghe Gunawardena was born March 2, 1949. He is a son of  Philip Gunawardena who was  known as the Lion of Boralugoda.
ii.He belonged to the Mahajana Eksath Peramuna party.
iii.He served at various posts including Leader of the House, Home Minister,Foreign Minister, Education Minister etc in Sri Lanka.
iv.He has been the leader of the house from October 2018 – December 2018, again from January 2020 – August 2020, and from August 2020 – to-date
v.He served as the Minister and held various portfolios including Transport, Urban Development and Water Supply, Foreign Affairs, Public Administration,
About Sri Lanka:
Capitals-Colombo, Sri Jayawardenepura Kotte
Currency– Sri Lankan rupee

About the mission:
i.The total cost for NASA to launch the Roman telescope is approximately USD 255 million(including launch services and extra related charges).
ii.According to NASA,  the telescope is expected to last in space for five years and the mission could be extended for five years.
About Nancy Grace Roman Space Telescope :
i.The Nancy Grace Roman Space Telescope has a primary mirror that is 2.4 meters (7.9 feet) in diameter.
ii.The telescope will study dark energy, dark matter, galaxies, and exoplanets, which orbit a star outside of the solar system. This will help scientists to grasp the unanswered questions in cosmology.
iii.It  was previously called the Wide Field InfraRed Survey Telescope(WFIRST) but it was renamed after Dr. Nancy Grace Roman for her work at NASA, which paved the way for large space telescopes. 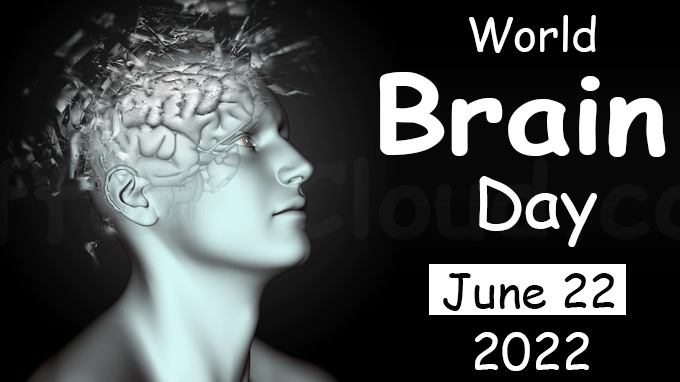 The World Federation of Neurology (WFN) annually celebrates World Brain Day (WBD) on 22 July to create awareness on neurological diseases and their effects.
World Brain Day also marks the anniversary of the foundation of the WFN on July 22nd.
WFN is focusing its 2022 efforts on fighting all brain disorders and bringing recognition to how disabling they can be.
The message will show the world the importance of brain health for our overall health. The Pi Approximation Day is annually observed on 22nd July (22/7) at the global level to honour the concept of “pi” which is represented by using the Greek alphabet – ‘ π ‘.

The 22nd July written in the day/month format ( 22/7 ) denotes the fraction 22/7, which is a common approximation of pi which is accurate to 2 decimal places (3.14 )
Significance of Pi :
i.Archimedes, one of the greatest ancient mathematicians, first calculated the value of Pi in 250 BC. The fraction of Pi – 22/7 is also referred to as the Archimedes constant.
ii.Pi is defined as the ratio of the circumference of any circle to the diameter of that circle.
iii.The representation of pi using the Greek symbol – ‘ π ‘ was suggested by William Jones in 1706 and popularized by Leonhard Euler in 1737. 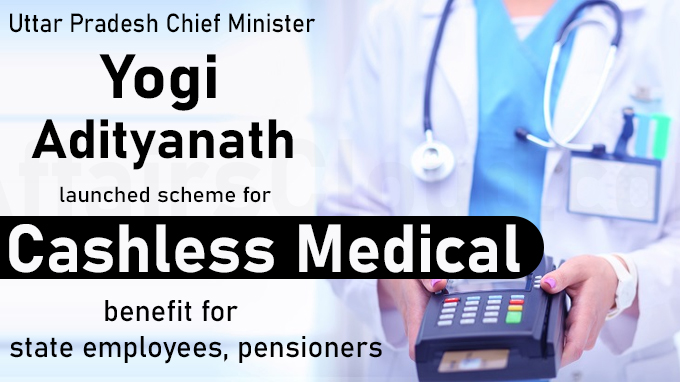 Uttar Pradesh (UP) Chief Minister (CM) Yogi Adityanath launched ‘Pandit Deen Dayal Upadhyaya State Employees Cashless Medical Scheme’, a scheme for providing cashless medical facilities to state government employees, pensioners and their dependents.
Highlights:
i.Beneficiaries –  Around 22 lakh government employees, including pensioners, are eligible for the scheme.  The scheme will benefit around 75 lakh people, when including the families and dependents of the beneficiaries.
ii.Benefits- Under the scheme, the beneficiaries will get cashless medical facilities at government-run institutions, medical colleges and hospitals without financial limit.

iii.A State health card will be provided for the state employees and pensioners.

The future Of WA Cares: A response to Warshawsky

What Is a Constitutionalist and Why You Should Care?