The Ministry of Statistics and Programme Implementation (MoSPI) has released a report titled ‘Youth in India 2022’ stating that the population share of the youth has started declining as the share of the elderly is expected to steadily surge during 2021-2036.

Key Highlights:
i.The more populous states of Bihar and Uttar Pradesh (UP), which experienced a rise in proportion of youth population to total population till 2021, are expected to see a decline from hereon
ii.States such as Kerala, Tamil Nadu and Himachal Pradesh are projected to see a higher elderly population than the youth by 2036.
iii.Bihar, UP, Maharashtra, Madhya Pradesh and Rajasthan, are projected to have over half (52%) of India’s youth.
iv.The total youth population increased from 222.7 million in 1991 to 333.4 million in 2011 and was projected to reach 371.4 million by 2021 and, thereafter, decrease to 345.5 million by 2036,
v.The rise in the share of elderly population will put pressure on social security and public welfare systems. There is a need to utilize the next 4-5 years well to accelerate productive job creation.
Point to be noted:
i.As per the 2022 edition of the United Nations Department of Economic and Social Affairs Population Division(UNDESA)’s World Population Prospects (WPP), India is projected to surpass China as the world’s most populous country in 2023.
ii.The share of the global population aged 65 years or above is projected to rise from 10% in 2022 to 16% in 2050. 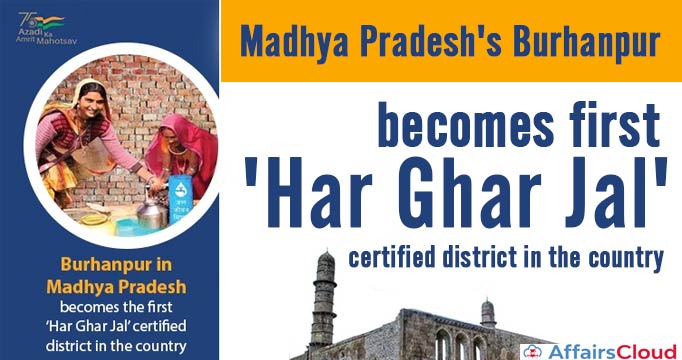 Burhanpur district of Madhya Pradesh (MP) became India’s first ‘Har Ghar Jal’ certified district, with all the 254 villages in the district having access to safe drinking water under Jal Jeevan Mission (JJM) . It was announced by the  Ministry of  Jal Shakti.
Note-
Burhanpur, also known as the ‘Darwaza of Dakhin’ or ‘Gateway of Deccan’.
Highlights:
i.On 15 July 2019, only 37,241 rural households (36.54 per cent) out of a total of 1,01,905 households in Burhanpur had potable drinking water through tap connections at the time of the launch of JJM.

ii.Under the ‘Har Ghar Jal programme, Village Water and Sanitation Committee (VWSC) was formed in all the 254 villages of Burhanpur. It is responsible for the operation, maintenance, and repair of water supply infrastructure developed
iii.As of now, three States – Goa, Telangana and Haryana and three UTs – Andaman and Nicobar Islands, Dadar and Nagar Haveli & Daman and Diu, and Puducherry have provided 100% tap water coverage.

About Jal Jeevan Mission (JJM):
i.It was launched in 2019 under the Jal Shakti Ministry.
ii.It envisages supply of safe drinking water to every rural household through Functional Household Tap Connections (FHTC) by 2024. ii.It was launched by the Karnataka government in association with NIMHANS and Niti Aayog launched in January 2022. 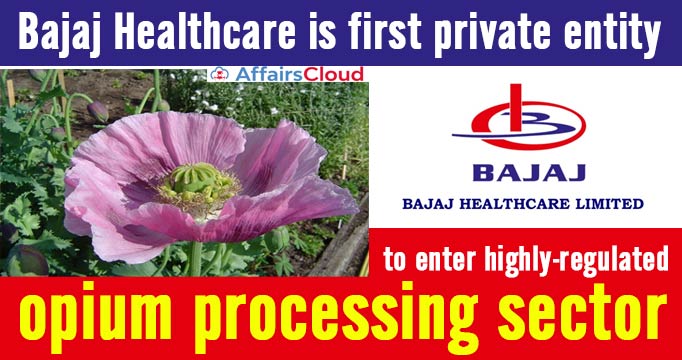 Trade & Cultivation of Opium in India:
i.India has been growing poppies at least since the 15th century.
ii.The  government controlled the cultivation and trade of opium by The Opium Act, 1857, The Opium Act, 1878, and The Dangerous Drugs Act, 1930.
iii.Currently  the cultivation and processing of poppy and opium is controlled by the provisions of Narcotic Drugs and Psychotropic Substances Act, 1985, commonly referred to as the NDPS Act and its allied Rules.

iv.Only 22 districts in the states of Madhya Pradesh, Uttar Pradesh, and Rajasthan are allowed for the cultivation of opium poppy in India.
Use of opium:
i.Opium is a natural substance obtained from poppy seeds and its derivatives are mainly used for pain management.
ii.Morphine, an extract of opium, are potent painkillers and are mainly prescribed to cancer patients and  codeine is used in cough suppression. The 17th Confederation of Indian Industry (CII) Exim Bank Conclave on India-Africa Growth Partnership was held in New Delhi, Delhi on July 19-20, 2022 in Hybrid format.It was organized by CII in partnership with Ministry of Commerce & Industry (MoCI); and Ministry of External Affairs (MEA), Government of India.

Some political parties behind Howrah violence, strict action will be taken: Mamata Canara Bank has launched its mobile banking app namely, Canara ai1, which is a one-stop solution with more than 250 features to cater to the banking needs of its customers. It is available in 11 languages to cater to multiple sections of society in their preferred language.
Aim:
To have multiple mobile apps working in silos for availing different specific services.
Key Points:
i.The app has advanced features such as an intuitive user interface (UI) and user experience (UX) with personalization.
ii.It caters to various social security schemes including Public Provident Fund (PPF) accounts, Sukanya Samruddhi Accounts, Senior Citizens’ Savings Accounts, Kisan Vikas Patra, and others.
iii.It enables the customer to use traditional and modern banking and financial services in digital mode, and there are features for all age groups.
iv.It can be used to compare & shop, make utility bill payments, flight/ hotel/cab bookings, open deposits, make loan repayments, etc.
v.The core vision of the bank is E-transactions for Everyone, Everywhere, Every Time by utilizing technology in order to enable customers to perform banking at their fingertips.
About Canara Bank:
Establishment– 1906 (Nationalization- 1969)
Managing Director (MD) and Chief Executive Officer (CEO)– Lingam Venkata Prabhakar
Headquarter– Bengaluru, Karnataka 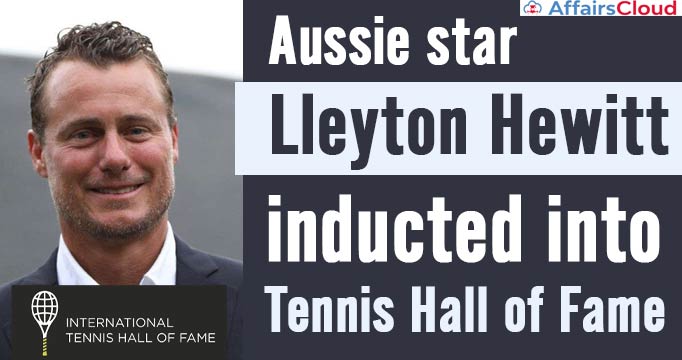 Saugata Gupta, MD and CEO of India’s Consumer Good company, Marico Limited,  emerged as the highest-paid  Fast-Moving Consumer Goods (FMCG) CEO as his total pay in FY22 jumped by 157% from ₹14.03 crore in FY21 to ₹36.1 crore in FY22.

NTPC recognized as the ‘Most Preferred Workplace’ of 2022

NTPC Limited headquartered at New Delhi, formerly known as National Thermal Power Corporation Limited, founded in 1975, recognized as one of the ‘Most Preferred Workplaces of 2022’ by Team Marksmen in association of India Today for maximizing employee well-being, engagement & productivity alongside organizational performance. 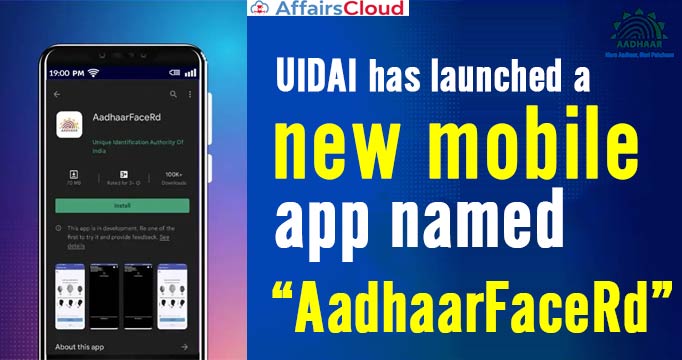 What is in the app?
i.It will enable citizen to use face authentication for several other apps, including Jeevan Pramaan, Ration Distribution (PDS), Co-Win Vaccination App, Scholarship schemes, and Farmer welfare schemes like PM-KISAN (Pradhan Mantri Kisan Samman Nidhi).
ii.Face authentication is based on a 1:1 match, which means that the facial image captured during authentication is matched with the facial image captured at the time of enrolment.
iii.This app will cut the need of Aadhaar card holders  to go physically to the local Aadhaar enrollment centres to verify their fingerprints or scan their iris.
About Unique Identification Authority of India (UIDAI):
It is a statutory authority established under the provisions of the Aadhaar Act, 2016, under the Ministry of Electronics and Information Technology (MeitY).
Chief Executive Officer (CEO)– Dr. Saurabh Garg
Headquarters– New Delhi, Delhi

Drugs Controller General of India (DCGI) approved India’s first indigenously developed messenger RNA (mRNA) vaccine against COVID-19. The vaccine is manufactured by Gennova Biopharmaceuticals, based in Pune,Maharashthra and designed for restricted emergency use for those aged 18 years and above. Adani Sportsline becomes principal sponsor of IOA
Adani Sportsline, the sports arm of the Adani Group, has become an official partner with the Indian Olympic Association (IOA) for the upcoming Birmingham Commonwealth Games 2022 in England, Hangzhou Asian Games 2022 in China, and Paris Olympic Games 2024 in France. This is the second time that the Adani Group has come on board with IOA. The earlier association was in 2021 when the group sponsored the Indian Contingent during the Tokyo Olympics. 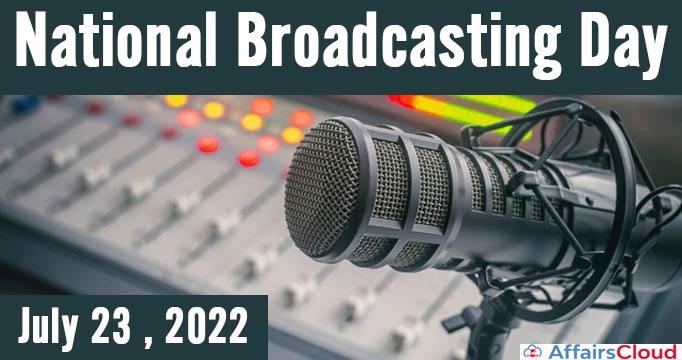 National Broadcasting Day is annually celebrated on July 23 in India to commemorate the first radio broadcast aired from the Indian Broadcasting Company (IBC) on 23 July 1927. IBC was a private radio station based in Bombay (now Mumbai), Maharashtra.

The Territorial Approach to Food Security and Nutrition Policies