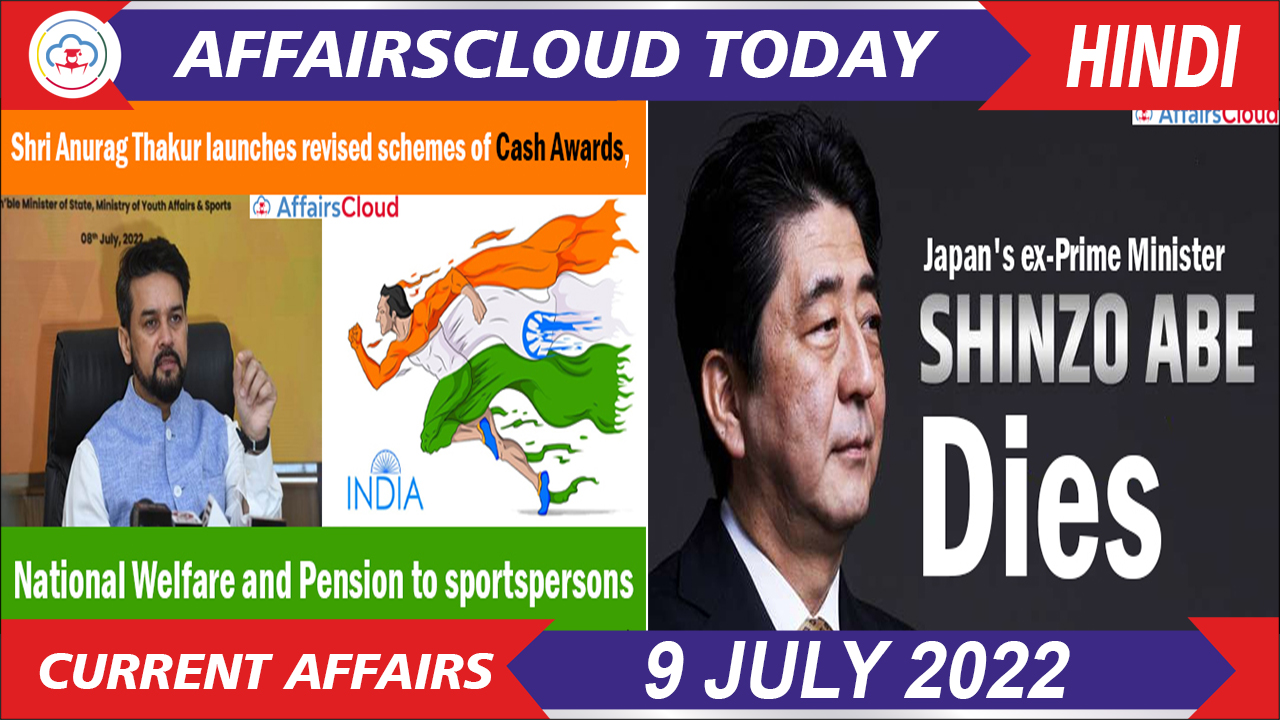 We are here for you to provide the important Recent and Latest Current Affairs 9 July 2022, which have unique updates of Latest Current Affairs 2022 events from all newspapers such as The Hindu, The Economic Times, PIB, Times of India, PTI, Indian Express, Business Standard and all Government official websites. Karnataka is slated to be the first state in India to establish an exclusive Research and Development (R & D) policy. A Task Force has been formed to ensure its effective implementation.
Backdrop
Basavaraj Bommai, the Chief Minister of Karnataka, presided over a meeting in Bengaluru, Karnataka, with the R & D Task Force Chairman, Professor Ashok S. Shettar, the Vice Chancellor of KLE Technological University (KLE Tech), Karnataka, and other officials.

The Task Force meeting was attended by Dr. Ashwathnarayan C. N., Minister of Information Technology & Biotechnology and Science & Technology; Manjunath Prasad N, Principal Secretary of Karnataka CM; EV Ramana Reddy, Additional Chief Secretary, Department of Industries and Commerce, Government of Karnataka; and others.
Highlights:
i.According to the Task force, Karnataka has a tremendous potential to excel in R&D.
ii.The policy is designed to be simple, with any R&D regarded as effective only if it is relevant in people’s daily lives and serves all sectors.
iii. To support the implementation of the proposed policy, a state-level R&D council and foundation will be established. The policy would be approved following a discussion in the state cabinet.
iv.The policy might aim to dedicate at least 0.1% of the state’s Gross State Domestic Product (GSDP)to R&D and innovation, which would likely benefit the state by bringing more development. REC Ltd  (formerly Rural Electrification Corporation Limited) signed a Memorandum of Understanding (MoU) with the Council on Energy, Environment and Water (CEEW) to collaborate on activities of operational and financial sustainability of discoms.

Key Points:
i.Under the agreement, both REC & CEEW will collaborate by providing services such as the deployment of smart meters, strengthening of power distribution networks and improved quality of service for electricity consumers.
ii.They will also collaborate to provide primary and secondary research evaluation support to help discoms in their efforts to deploy smart meters.
iiii.Both the parties will work together to implement and evaluate innovative strategies to improve operational efficiencies and financial sustainability of DISCOMs.
About Council on Energy, Environment and Water (CEEW):
CEO– Dr. Arunabha Ghosh
Founded- 2010
Headquarters- New Delhi, Delhi 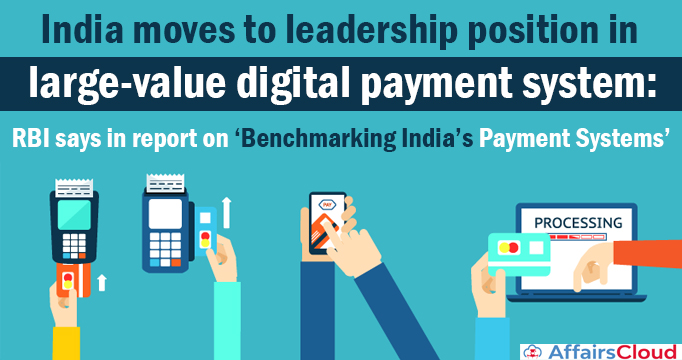 Key Highlights:
i.JBIC has provided the loan under the initiative, ‘Global action for Reconciling Economic growth and Environmental preservation’ (GREEN). 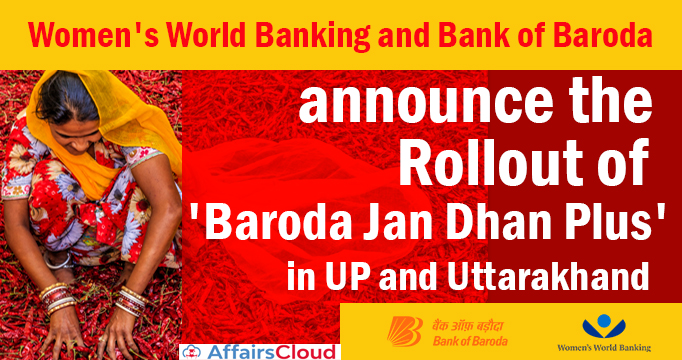 Bank of Baroda (BoB), one of India’s leading public sector banks, has partnered with Women’s World Banking (WWB), a global Non-Profit Organization (NPO), to launch the broader Phase 3 of the ‘Baroda Jan Dhan Plus’ to inculcate savings behaviour in customers.

Aim: To enhance access to and promote the participation of low-income women with formal financial services.

iii. Baroda Jan Dhan Plus relies on the strong base of the PMJDY, which has enrolled almost 25.11 crore, or 251.1 million women, in the financial system through Jan Dhan bank accounts.
Features of ‘Baroda Jan Dhan Plus’:
i.The initiative will train and work with over 2000 business correspondents (BC) and 1000 BC Sakhis (women business correspondents) to educate them to assist female clients in their respective locations. On 7th July 2022 Reserve Bank of India (RBI) cancelled the licence of Shri Anand Co-operative Bank Limited, Chinchwad, Pune as the lender does not have enough capital to pay present depositors in full.

Key Points:
i.The bank has failed to comply with the requirements of Sections 22(3) (a), 22 (3) (b), 22(3)(c), 22(3) (d) and 22(3)(e) read with Section 56 of the Banking Regulation Act, 1949.
ii.The Commissioner for Cooperation and Registrar of Cooperative Societies, Maharashtra has also been requested to issue an order for winding up the bank and appoint a liquidator for the bank.

iii.As per the data from the bank, more than 99% of the depositors are entitled to receive the full amount of their deposits from DICGC. Google has announced an initiative, Startup School India, to organise accumulated knowledge into a structured curriculum to enable startups in small cities to overcome various challenges. The initiative will help 10,000 startups in tier 2 and tier 3 cities.
Startup School India is a nine-week programme, delivered virtually, will have fireside chats between Google leaders and collaborators from across the startup ecosystem, spanning fintech, business-to-business and business-to-consumer e-commerce, language, social media and networking, job search and other areas.
Note- India is the third-largest base for startups in the world with nearly 70,000 startups, after the United States (US) and China. Indian-American Gita Gopinath was featured on the ‘Wall of Former Chief Economists’  of the International Monetary Fund (IMF).  She became the first woman and second Indian to get this achievement.

ii.In 2021 She was promoted as the IMF’s First Deputy Managing Director, (Appointed by IMF’s managing director Kristalina Georgieva).
About Gita Gopinath:
i.Gita Gopinath was born on 8  December 1971 in Kolkata, West Bengal. She is an Indian-American economist.
ii.Before joining the faculty of Harvard University in 2005, she was an assistant professor of economics at the University of Chicago’s Booth School of Business.
iii.She is also a co-director of the international finance and macroeconomics program at the National Bureau of Economic Research (NBER) and also worked as the honorary economic adviser to the Chief Minister of Kerala.
Note– she is the recipient of the Pravasi Bharatiya Samman, the highest honour conferred on overseas Indians by the Government of India.
About International Monetary Fund:
Headquartered– Washington, D.C, United States (US)
Managing Director-Kristalina Georgieva
Founded- 1944

Hyderabad-based GODI India Private Limited has become India’s first company to receive Bureau of Indian Standards (BIS) certification for its 21700 cylindrical NMC811 lithium-ion cells made using its home-grown technology. As per BIS requirements, the Godi-designed cells were tested and qualified by a third-party testing agency (TUV).
i.The company will set up a giga-factory for lithium-ion cell manufacturing in India by 2024, referring to a facility used for producing electric batteries at a huge scale, primarily for use in electric vehicles (EV).
ii.For the first time in Indian history, NMC811 21700, 3.65V-4.5Ah cylindrical cells were made-in-India & Made-for-India.” 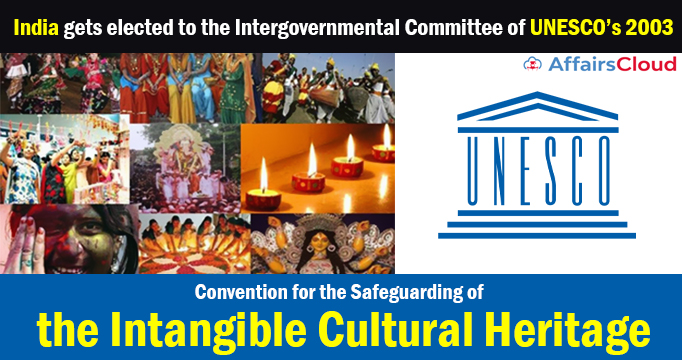 On July 7, 2022, The Union Minister Gangapuram Kishan Reddy, Ministry of Culture ,Tourism and Development of North Eastern Region has announced the election of India as a State Member of the Intergovernmental Committee (IGC) of UNESCO’s (United Nations Educational, Scientific and Cultural Organization) 2003 Convention for the Safeguarding of the Intangible Cultural Heritage for a period of 2022-2026 i.e. 4 years.
Election:
The elections for the same were held during the 9th General Assembly of the 2003 Convention at UNESCO headquarters, Paris (France) from 5th to 7th July 2022.

iii.As there is imbalance in the inscriptions on the three lists of the Convention viz. Urgent Safeguarding List, Representative List and Register of Good Safeguarding Practices, India will try to encourage international dialogue to showcase importance of living heritage.

iv.Notably, India is also a member of the World Heritage committee of UNESCO (2021-2025).
About IGC of the 2003 Convention:
It main function is to promote the objective of the convention, provide guidance on best practices, and to make recommendations on measures for the safeguarding of the intangible cultural heritage. i.Sanjiv Bajaj, Chairman and Managing Director (CMD), Bajaj Finserv Ltd, assumed office as the President of the Confederation of Indian Industry (CII) for 2022-23 in May 2022.
About R. Dinesh:
i.R Dinesh is a Commerce Graduate and an Associate Member of the Institute of Chartered Accountants of India (ICAI) and the Institute of Cost & Works Accountants of India (ICWAI).
ii.He served as the Chairman of CII Southern Region during 2018-19.
iii.He is the Chairman of the CII ‘National Committee on Logistics’ & CII Institute of Logistics Advisory Council. About Paritosh Tripathi:
i.He has banking experience of 32-years and has worked in various departments including MSME, mid-corporate segment, international banking and bancassurance.
ii.Prior to joining SBI General Insurance, he was managing operations, internal banking group with SBI. he also served on the board of Sterling Bank, Nigeria and SBI Canada.
iii.From 2017 to 2020, he was head – bancassurance, firstly with SBI Mutual Fund and then with SBI General Insurance.

On 29th June 2022, Air Cargo Forum India (ACFI) constituted a new board for a term of 2 consecutive years (2022-2024) at the Annual General Meeting. Yashpal Sharma, Managing Director (MD) of Skyways Group has been appointed as the President of ACFI for 2022-2024. On 8th July 2022, Japan’s longest-serving leader and former Prime Minister (PM) Shinzo Abe passed away at the age of 67, after being shot, in the city of Nara in Japan.

Indian Honour-
In January 2022, He was awarded Netaji Award 2022 by Netaji Research Bureau on the 125th Birth Anniversary of Netaji Subhas Chandra Bose.

Video: It’s all smiles before crooks invade home; seconds later it’s all backsides as they run for their lives from homeowner firing ‘AK-47-style gun’ at them