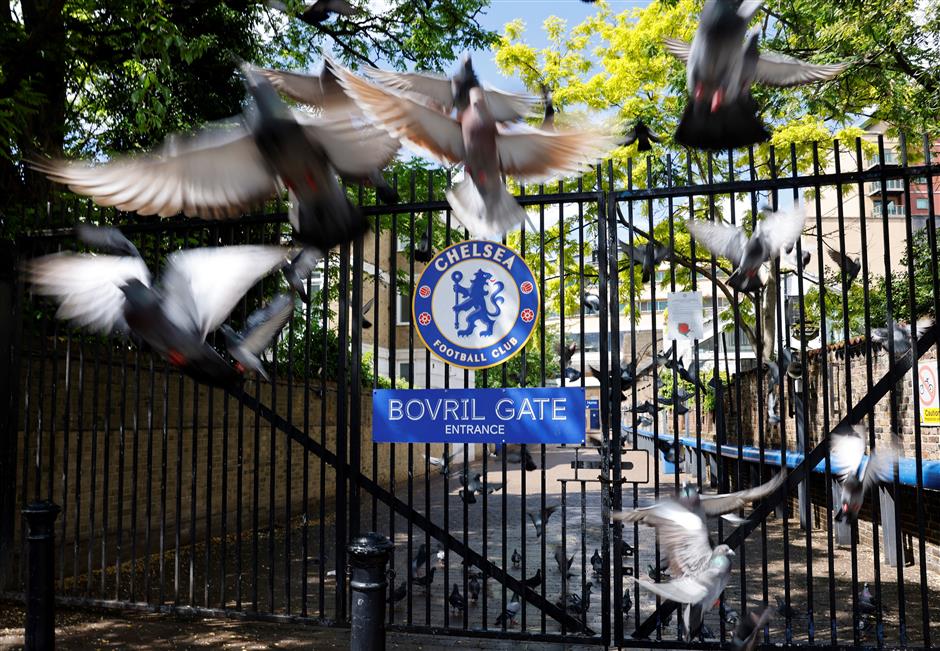 Pigeons fly past a gate outside Stamford Bridge, home ground of Chelsea football club, in London on May 24.

The British government has issued a license that permits the sale of Chelsea to a consortium led by Los Angeles Dodgers part-owner Todd Boehly and backed by Clearlake Capital, sports minister Nadine Dorries said on Wednesday.

Current owner Roman Abramovich is subject to sanctions by the British government. He put the London club up for sale in early March following the Ukrainian conflict.

“We are satisfied the proceeds of the sale will not benefit Roman Abramovich or other sanctioned individuals,” Dorries said on Twitter.

Teachers Debate Carrying Guns to Protect Students in US Schools

On Tuesday the consortium, which agreed terms to acquire Chelsea for 4.25 billion pounds (US$5.33 billion) earlier this month, passed the Premier League Owners’ and Directors’ Test.

Chelsea had been operating under a government license since Abramovich’s assets were frozen in March and it was set to expire on May 31.

The club had earlier confirmed that all proceeds from the sale will be donated to charitable causes by Abramovich.

The completion of the sale will allow Chelsea to renew transfer activity as well as permit players to sign new contracts, which was prohibited as part of the sanctions imposed.

Only season ticket holders could earlier attend home matches, while the government also announced a ban on merchandise sales.