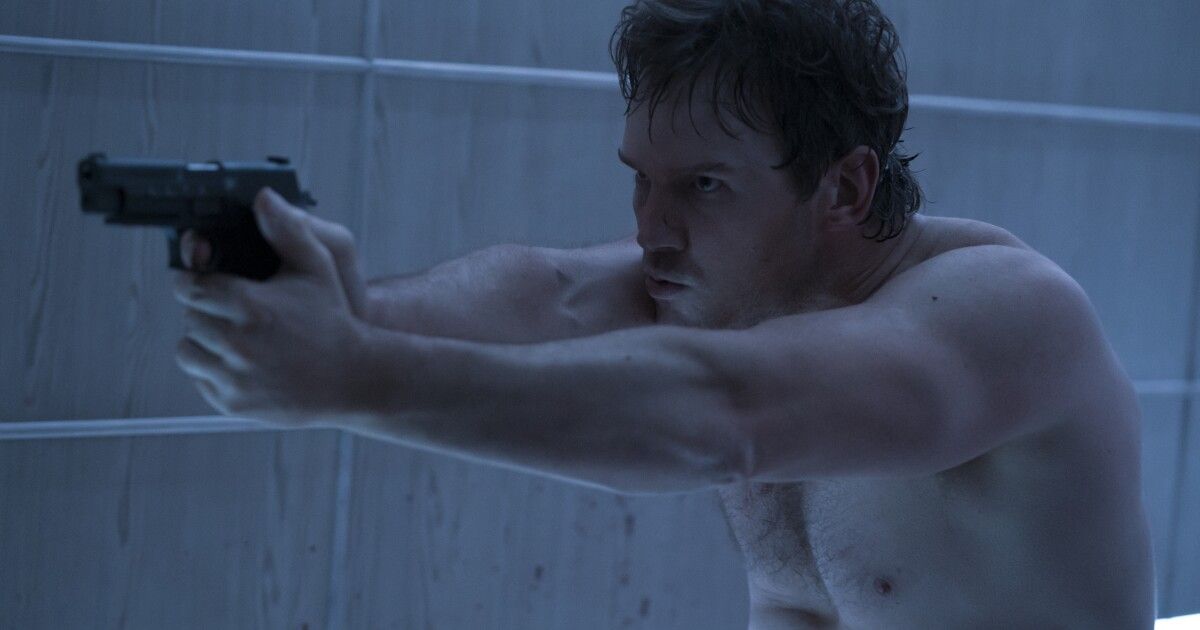 Russia has a bat-guano excuse for their embarrassing failures early on in their brutal war against Ukraine: Mutant supersoldiers engineered in American-run bio-labs.

That’s according to two Russian lawmakers, who otherwise do not appear to have dropped any acid, heading up a commission looking into Ukraine’s supersoldiers.

Testing of Ukrainian POWs’ blood, they claimed, uncovered “a range of diseases” that suggest they were secretly experimented on “for military purposes.”

“And we see: the cruelty and barbarity with which the military personnel of Ukraine behave, the crimes that they commit against the civilian population, those monstrous crimes that they commit against prisoners of war, confirm that this system for the control and creation of a cruel murder machine was implemented under the management of the United States,” Yarovaya was quoted telling reporters.

I swear I’m not making this up. Although I do feel like maybe I should have saved it for the “Meanwhile, in…” closer on Florida Man Friday.

Russian state TV has been cranking up the propaganda lately, even by Russian standards. Here’s another fresh example:

More genocidal rhetoric on Russian state TV: hosts and pundits repeatedly assert that Ukraine no longer exists, Ukrainians who refuse to see themselves as Russians and fight back against the invasion are described as Nazis and compared to insects (bugs, worms). Here’s an example: pic.twitter.com/8hLO6Ni71T


Comparing conquering a people to deworming a cat, as the host does in that clip, is demeaning, de-humanizing, and gross. But at least there weren’t any bio-lab supersoldiers, I suppose.

Let’s get something clear: This super soldier stuff is the silliest kind of excuse-mongering by the Russians.

For starters, Ukrainian troops — bioengineered mutants or otherwise — did not turn back the Russian Army from Kyiv and Kharkiv in March.

It was actually worse than that for Russia. They tried to take Kyiv and failed all by their little own selves.

Moscow launched a two-pronged attack against Ukraine’s capital on Day One, which failed in almost as spectacular a fashion as I’ve ever seen.

There were heliborne special forces that were supposed to seize the Kyiv airport, presumably making way for airlifted troops to come in greater numbers. With the airport held by friendly forces, Moscow would be able to fly in supplies further south than their own logistics could reach.

Remember that 40-mile-long convoy of Russian forces stuck on the highway towards Kyiv, like thousands of cars had all gotten flats at once?


Plan A was that the convoy — a spearhead, really — would receive needed spares and fuel from those friendlies at Antonov Airport. But the supplies never arrived because the airport operation was a hot mess from start to finish.

Plan B was for the convoy just to sit there on the roadside until they could figure out how to turn it all around and retreat back to the border.

ASIDE: Every time I write about this stuff, someone chimes in to tell me that I don’t know what Moscow’s REAL SUPER-GENIUS plan was. No, but I’m a student of military history, and I can read a map. The dedication of troops and the application of force reveals intent. No mind-reading required.

Russian logistics are notoriously awful, with almost zero mechanization and crappy vehicle maintenance. They tried simultaneous lightning strikes on Kyiv, Kharkiv, Kherson, and the Donbas, to quickly take most everything in Ukraine worth taking.

Here’s what happened instead.


All of this is because Russian logistics suck. They can’t move quickly because troops quickly move ahead of Moscow’s ability to send them needed food, fuel, and ammo.

The leadership finally got wise to that fact, which is why Russia is now focused on a single, slow and methodical campaign in the east.

It seems to be working, too. Not well, but well enough to take (and prepare to annex) all the Russian-speaking areas of Ukraine, and maybe then some.

So if Ukraine has all these U.S.-engineered supersoldiers, where are they now, when Ukraine needs them most?

Russian propaganda has usually been obvious and sometimes stupid. But this latest effort is both stupid and obvious in the extreme.

What Would Striking Down Roe v. Wade Mean For The Midterms?