Who paid for Hunter Biden’s pricey Russian escort is the big crazy on this week’s Insanity Wrap — an entire week’s worth of lefty nuttiness wrapped up in one easy-to-swallow capsule of news.

Before we get to today’s big story, here’s a short video to make you lose whatever little faith you might still have in humanity.

What better way to say “We’re not grooming kids!” Than parading down the street in front of kids bare ass naked as a famous cartoon character? 🤷‍♂️ pic.twitter.com/CMJAdwbjrx

There’s pride, and then there’s whatever the hell that is.

This is a little more sordid than I usually like to get on a Tuesday, but such is the political blogger’s life I’ve chosen.

But the point is that Hunter Biden spent so much money — $30,000 that we know of — on Russian escorts that his accounts were at risk of getting red-flagged.

The situation led to some contentious text conversations with “Eva,” who was trying to collect money Hunter owed to her escort agency. You can read one of them here.

Hunter paid the big bucks to the UberGFE Russian escort agency. GFE stands for “girlfriend experience,” which is a nice way of saying the women fake it really well.


GFE is for men with more money than personal charm. In Hunter’s case, daddy’s money.

While Hunter was spending his oddly-gotten gains on Russian escorts, Joe Biden was wiring him payments totaling $100,000:

In one instance, Joe Biden wired his son $5,000 less than three hours before he filmed a dispute with an escort over a $10,000 payment at a cottage in Boston, Massachusetts.

Hunter Biden requested Eva send one of her escorts to his cottage during the early hours of Jan. 18, 2019. A few hours after the escort arrived, he texted Eva asking how much it would cost for another 8 hours of the escort’s time.

“Less than 90 minutes later,” the story notes, “Biden received an email informing him that ‘Joseph R Biden Jr.’ had sent him $5,000 through Cash App.”

Later that night, Hunter can be heard on his own video saying to the woman:

Is anything hurt on you? Anything? I was literally saying I’m sorry that it took so long to give you $10,000… Do you have any bruise? Anything? Have I ever touched you in a bad way? Ever? Have I asked you every time if I could touch you? Every time.

Inadvertently or not, that’s what Joe Biden was paying for, apparently.

An anonymous Twitter user — an attorney in Texas who has “served on the board of a nonprofit engaged in the fight against human trafficking” — puts everything into its most sordid perspective:

If this is what it appears to be, then make no mistake:

This woman was being sex trafficked. She was basically a human sex slave. She was not there of her free will.

Hunter Biden was actively participating in her sexual abuse, and he was enriching her traffickers.

The attorney calls the video “seedy and disturbing” because Biden seems to be trying to “intimidate the victim to create a video record that he did not physically harm her” but that “she will not play along.”

Joe Biden knew that his very well-paid son was so broke that he “couldn’t afford to rent a pair of skis,” according to a text Hunter sent to his sister.

A man with Hunter’s known proclivities doesn’t go broke giving all his money to the Salvation Army. Joe chose to subsidize Hunter’s criminal antics, and even if Joe didn’t know the specifics, he had to have a very large inkling of what his son was doing.

Biden didn’t provide the tough love his son needed to get back into recovery. He sent the cash Hunter needed to pay off his drug dealer and the trafficked women he seems to have been abusing.

Remember all that, the next time our alleged president decides to speak up about women’s rights.


Before We Continue, Here’s a Short Video to Restore Your Faith in Everything…

The dog brought a cow home like it was about to come inside LMFAOOOO pic.twitter.com/qAHqg9fR6w

The only thing my Golden ever brings home is bunny parts.

As one YouTube commenter wrote, “Just imagine what these people would do if the supreme court decision actually affected the people of Oregon!”

Do we have to?

Quote of the Week 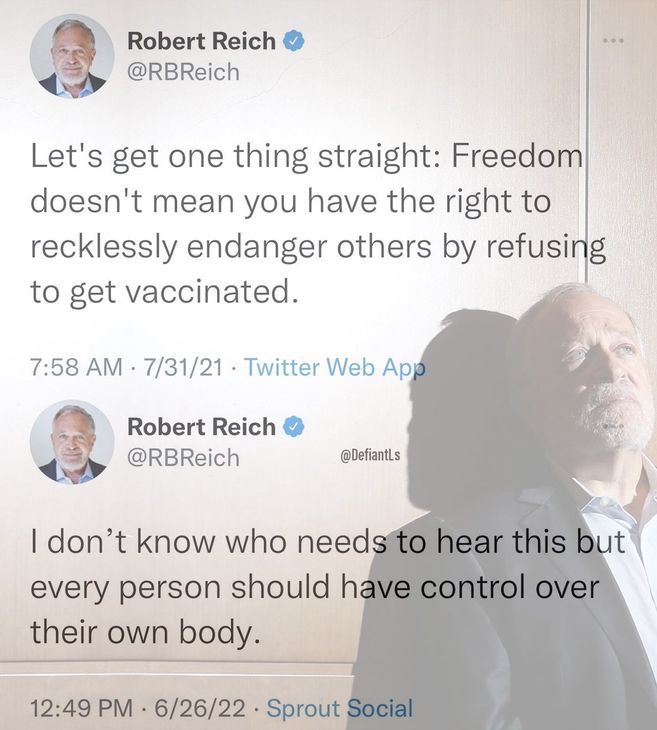 Consistency certainly is not the hobgoblin of little Reichs.

As you probably know, many universities have started putting tampons in the men’s rooms because reasons. Cornel even helpfully labeled them “mxnstrual” products, also because reasons.

Long story short: Campus Reform contacted several of these schools, to see if the nationwide tampon shortage had them reconsidering putting free “mxnstrual” products in the men’s rooms so that actual women might get to them.

The schools are making the tampon shortage even worse, just to placate the tiny fraction of men who want so badly to believe that they’re women that they need to see tampons they can’t use in the men’s room.

Previously On Insanity Wrap: We Need to Talk About Juneteenth 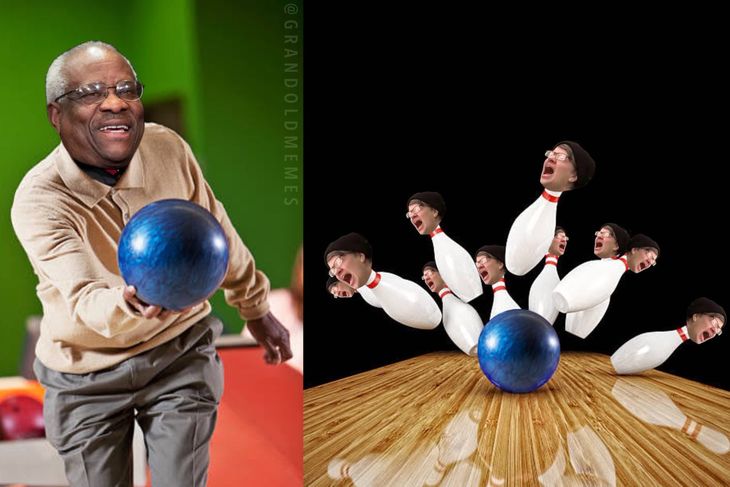 …assuming we make it that long.

Can we just not with uterus-shaped breakfast cereal? – twitchy.com