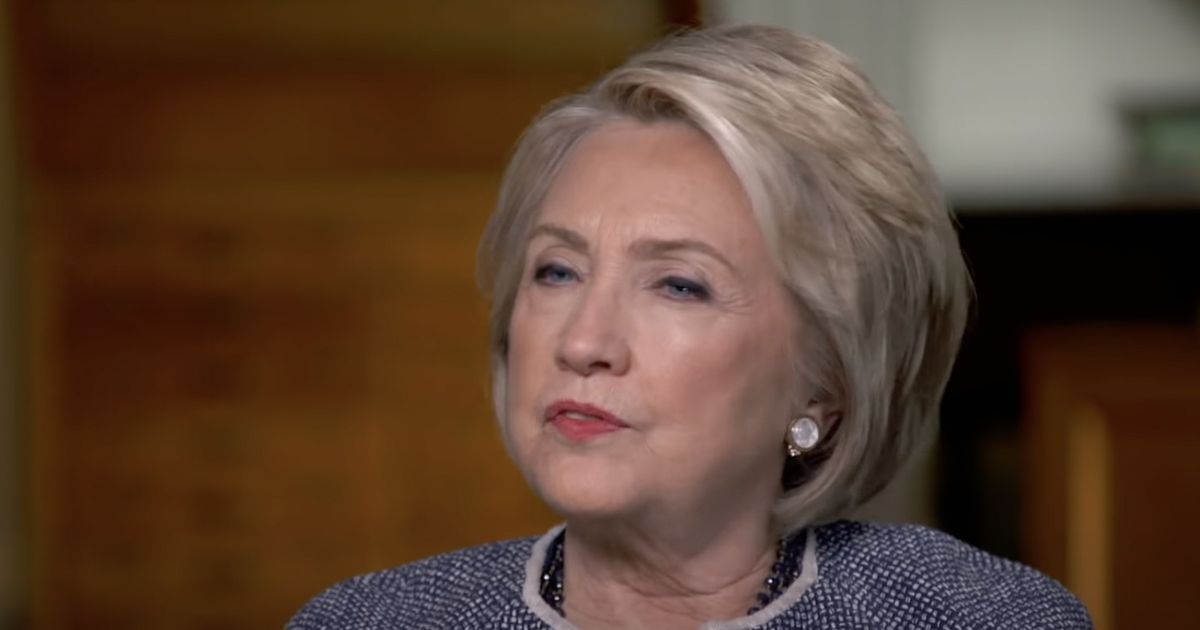 In a 2019 interview with NBC News, Hillary Clinton wore the cloak of victimhood as she told Jane Pauley about that big bad brute Donald Trump — a “corrupt human tornado” — who was an “illegitimate president” who “knows” the election “wasn’t on the level.”

Her perfidy then is almost laughable now. Laughable but for Hillary doing what she blamed Trump for and leaving the country divided and institutions in near ruins.

In a serious tone, Hillary beckoned Pauley to lean forward for a tête-à-tête where the former secretary of State dished, “I believe he knows he’s an illegitimate president….He knows, he knows that for a bunch of different reasons why the election turned out the way it did.”

Three years after the election, Pauley and most media were still buying the Hillary Apocrypha. “I don’t know if we’ll ever know everything that happened,” Hillary said with daughter Chelsea at her side, “but clearly we know a lot and are learning more every day….I know that he knows this wasn’t on the level.”

Indeed, Donald Trump did know that the campaign wasn’t on the level. In testimony from the first week of Michael Sussmann’s trial for lying to the FBI about Trump Russia collusion, “we are learning more everyday” that the 2016 presidential election “wasn’t on the level” and it was because she was making sure it wasn’t on the level in one of the worst political hit jobs in American history.

Sussmann Trial Week 2:
It Was Hillary, In the Back Room, With the Chardonnay Bottle

Hillary’s former campaign manager, Robby Mook, dropped a dime on his old boss and said she pulled the trigger on the disinformation campaign against Donald Trump. She did. And it wouldn’t have come into testimony if Mook hadn’t been required to answer upon pain of perjury who the highest official to sign off on the disinformation was.

But here was the inveterate liar in 2019 projecting onto Trump what she was doing.

Hillary told Pauley that Trump is “obsessed with me and I believe it’s a guilty conscience insomuch as he has a conscience.” She also called for impeaching Trump in the same interview.  She said he’d used, “his position… for his own political purposes.”


She never flinches when she says this even though she knew the truth. That woman has ice water flowing through her veins.

Related: The Vastly Different Cases of Two Michaels – Flynn and Sussmann – Both Accused of Lying to the FBI

But Hillary wasn’t done moralizing. Pauley was mesmerized. “When the president of the United States who has taken an oath to protect and defend the constitution and by that defend the American people and their interests, uses his position to in effect extort for his own political purposes, I think that’s very much what the founders worried about in high crimes and misdemeanors.”

She said it with a straight face.

Internship at the OECD Trento Centre