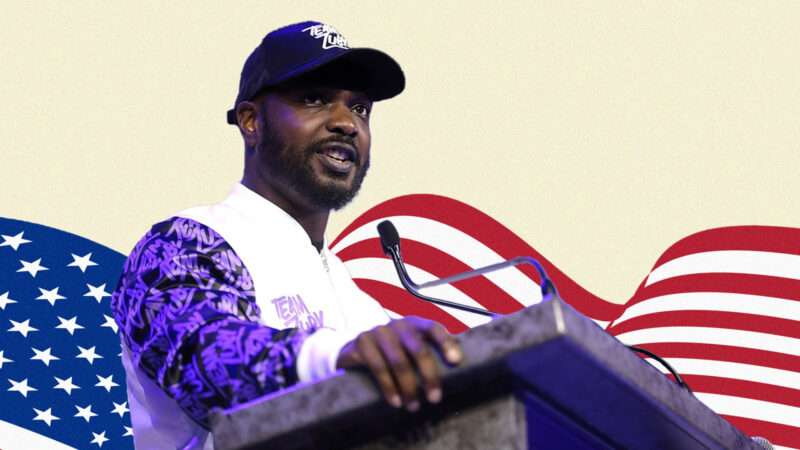 Today’s guest is the rapper, podcaster, and author, Zuby. He’s a social media juggernaut who is known for a popular mix of personal empowerment and political provocation that led to a highly publicized (if temporary) suspension from Twitter in 2020 after he broke the British women’s deadlift record and claimed he was the new record holder because he identified as a woman during the lift. We talk about that stunt today, along with lots of other topics.

Born in 1986, Zuby describes himself as “British by birth, Nigerian by blood, Saudi Arabia raised, [and] American at heart.” After a childhood in Saudi Arabia, he graduated from Oxford, and now spends most of his time in the United States, where he criticizes identity politics on shows like The Joe Rogan Experience. He tells me that the only way someone can trigger him is by making appeals to racial essentialism and the idea that the United States—or most of Europe and the developed world, for that matter—is fundamentally racist and sexist. He also just published a children’s book designed to showcase the benefits of good nutrition, exercise, and self-control.

Earlier this year, Zuby spoke at a Mises Caucus event at the Libertarian Party convention in Reno, Nevada, where he said he was overjoyed to be “talking about freedom, liberty, and all of that good stuff.”

I caught up with Zuby at FreedomFest, a conference held annually in Las Vegas, where we discussed his experience of the pandemic while traveling in eight different countries, his defense of tweets mocking transgender athletes (and his support of rights for trans people), and why he’s bullish on the future of individual responsibility and freedom.

The post Zuby: 'When I'm in the U.S., My Mind Is Blown by the Opportunities Here' appeared first on Reason.com.

All in the Family: Biden Admin Loans Billions to Company Repped by Top Aide’s...

Where to see fireworks around the suburbs July 3-4